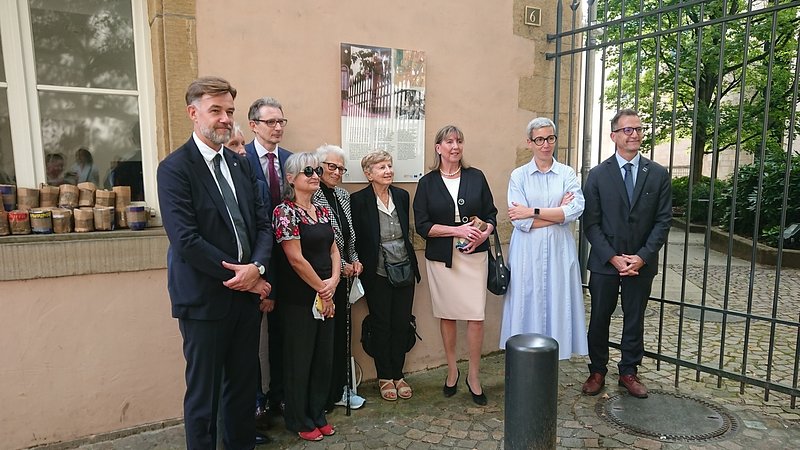 The plaque was installed during a small ceremony on Sunday afternoon.

The location for the commemorative sign was chosen in accordance with the first Luxembourgish synagogue, which was built in Rue de la Congrégation in 1823.

François Moyse, president of the European Association for the Preservation and Promotion of Jewish Culture and Heritage (AEPJ), spoke at the event: "Jews came to Luxembourg after the French Revolution and have happily lived here for more than 200 years. It is important to highlight the history of this culture and its people."

There are currently around 1,000 members of the Jewish community living in Luxembourg. Antisemitism remains the greatest threat to the community, as AEPJ president Moyse emphasised at the event: "Unfortunately, we still have to discuss this issue, though we are lucky not to experience physical violence. Nevertheless, we still have to pay attention to what is going on, especially in the hostile social media sphere." 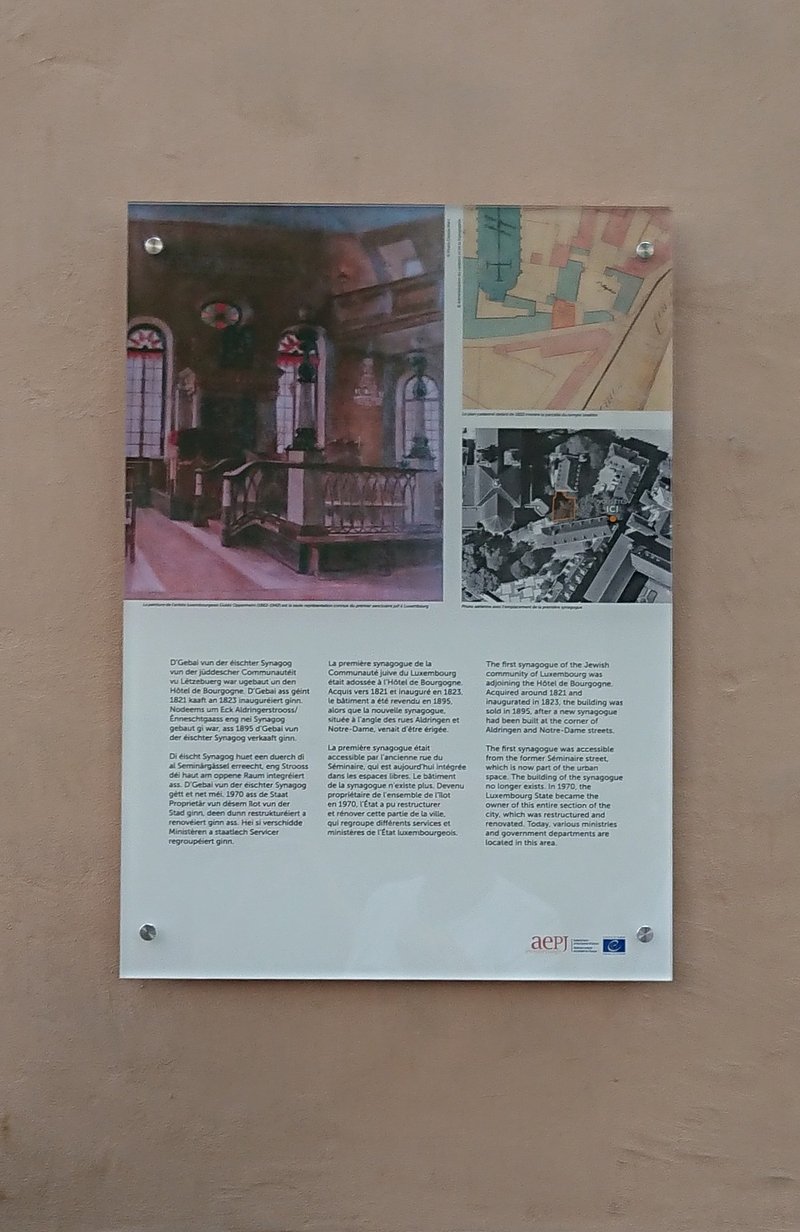 Police were also present during the ceremony on Sunday. Though there was no concrete threat of any kind, officers were there as a preventive measure.

Minister for Culture Sam Tanson spoke to our colleagues from RTL about a new guided tour across the capital, which offers a different perspective on Jewish history: "For now, it focuses on important locations in Luxembourg City, but we expect to also include Mondorf-les-Bains and Ettelbruck at some point."

Further reading: The deportation of Luxembourg's Jewish community during WWII