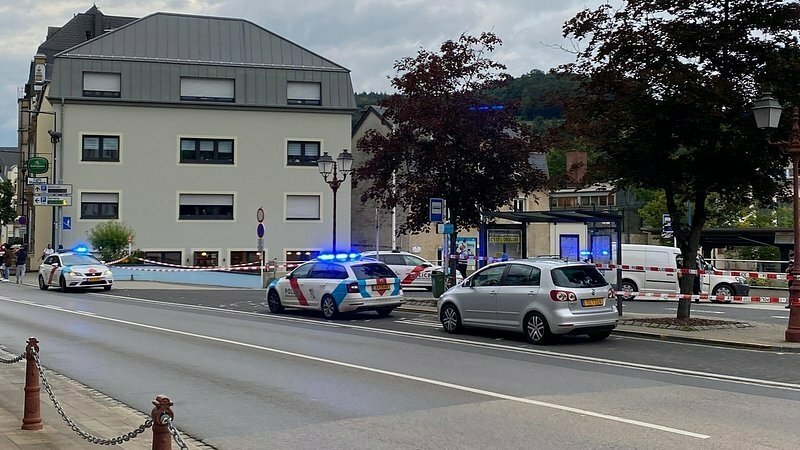 A number of questions remain open about the incident: what exactly happened before a gun had to be drawn, and how are officers trained for these kinds of situations? Our colleagues from RTL talked to police union president Pascal Riquier, as well as Minister for Internal Security Henri Kox about the shooting.

On Saturday, a police officer shot a knife-wielding car thief after the attacker threatened both civilians and police. Only one shot was fired during the incident, but the attacker later succumbed to his wounds in the hospital.

Riquier emphasised the severity and pressure of comparable situations, noting that it is always hard for officers to even take the decision of drawing their service weapon. Furthermore, he believes that civilians often underestimate the danger of a situation like the one in Ettelbruck.

"Officers always have to expect that the person wielding a knife knows what they are doing, meaning they can inflict serious injuries or even cause death", Riquier concluded.

Naturally, there are alternatives to service weapons, but how effective would a taser be in a comparable situation? Not an ideal solution either, according to Riquier. After all, one has to be more aware of the exact distance to a target to make the hit effective, he explained. A miss could have fatal consequences, the union president further elaborated. At the moment, officers are already armed with a gun, pepper spray, and a baton.

Minister Kox also argued against the use of tasers: "I prefer to work on prevention." Officers are taught deescalation methods in training, which include immobilising armed assailants. In December last year, the Minister from the Greens commissioned a report on the use of force by police officers in Luxembourg. Once the analysis is over, adaptations will be made if necessary, he concluded.

When it comes to the use of body cameras, both police officials believe that these would have their uses. Riquier argues in favour of introducing them, given that people always film officers anyway. Furthermore, video material is often used to analyse past situations, which is why the police regularly issues calls for witnesses.