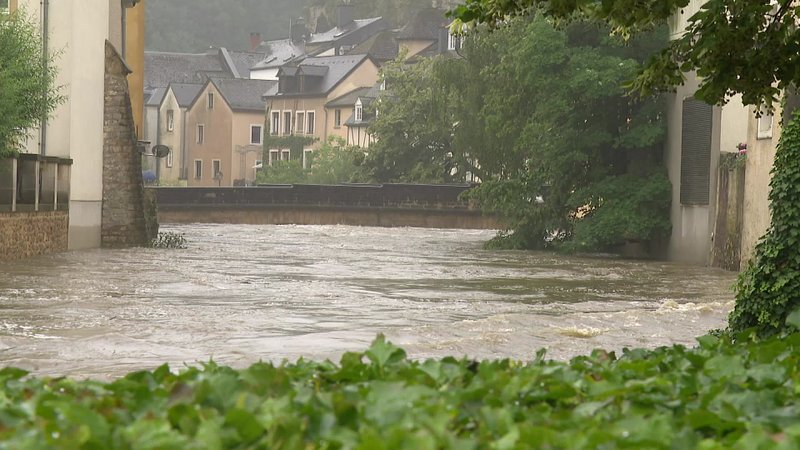 The small bridge in Rue Münster has existed for more than 100 years and suffered serious damages during the mid-July floods.

There is no danger of collapse, even after the remaining cobblestones were removed out of precaution. Black paving now marks a stark contrast between the bridge and the surrounding imagery. Luxembourg City Mayor Lydie Polfer noted that the restoration process was necessary, given that the floods rendered the bridge more prone to further water damages.

It was initially planned that the bridge be properly restored in 2023, a process which has now been advanced due to the floods. In three weeks time, the paving of the bridge will already be redone to improve the townscape. After that, officials will continue to prioritise the Pétrusse area, before the bridge is subjected to refurbishment in 2023.

The hands of city officials are partially tied when it comes to the planning of the restoration work. If the capital wants to remain a Unesco heritage site, there are certain processes that have to be respected, as for instance the adequate storing of the cobblestones. The ones that were lost in the floods, which is about a third, will be replaced with other historical stones.