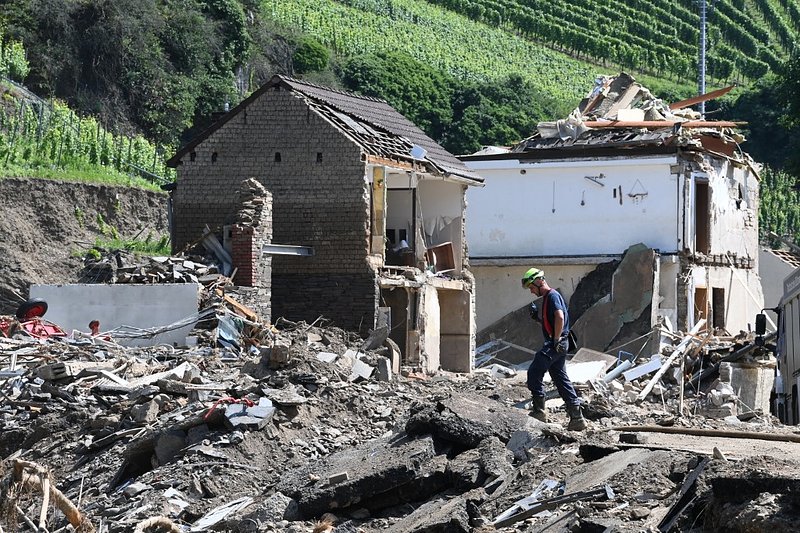 70 rescue workers, nurses, and paramedics from the Grand Ducal Fire and Rescue Corps (CGDIS) have so far been involved in the rescue of people in the flooded area of Rhineland-Palatinate. A new team is being mobilised before Saturday evening.

German Chancellor Angela Merkel reiterated on Thursday her call to "accelerate" the fight against climate change, after the terrible floods that killed 177 people in Germany on 14 and 15 July. The human toll is likely to rise even higher. More than a hundred people are still missing.

But one week after the floods, "it is unfortunately very likely that we will not be able to rescue any more survivors", Sabine Lackner, vice-president of the German Federal Agency for Technical Relief (THW), said on Wednesday. 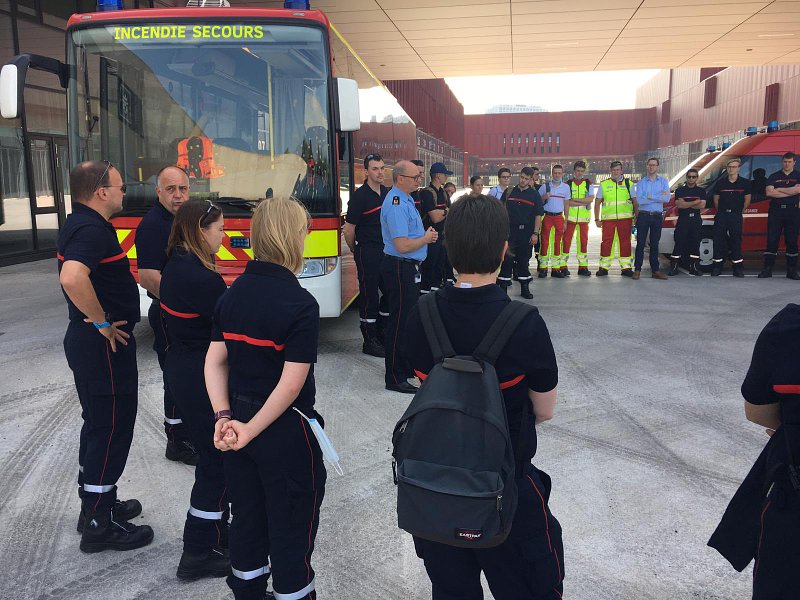 Responding to the call from the German authorities, the Luxembourg government has been mobilising professional and volunteer firefighters from the CGDIS since 16 July. After a wave of 23 men and women were sent to the disaster area of Ahrweiler, 22 of their colleagues took over on Sunday and 25 others have just arrived on the spot to continue the same mission: to bring help to all those in need.

The ten ambulances made available by Luxembourg "always remained on the site so as not to lose time", Cédric Gantzer, in charge of communication at the CGDIS, explained.

In the first few days after the floods, Luxembourg's fire fighters evacuated people who were in poor health or injured to hospitals and reception centres. Since then, however, personal assistance has taken on different forms: ambulance services for local residents, assistance for disaster victims who have remained in critical areas, a first aid post at the emergency headquarters at the Nürburgring, etc.

The Luxembourgish rescue workers are there to help those who have lost everything, who live in precarious conditions, without drinking water or electricity. "It's 100 km away but it's a war zone for us," Gantzer explained. The ambulances travel through areas where everything is on the ground, the roads gutted, rubble everywhere. Some missions "can take several hours".

To cope with the situation, each contingent sent to Rhineland-Palatinate is supervised by an experienced officer and a person from the Human Intervention Team (HIT) because "they have experience of being in impacted areas, with no possibility of eating or sleeping". During their three-day gruelling mission, the CGDIS workers live in spartan conditions.

The next contingent will remain on site until this Saturday evening, "and then we'll see", Gantzer said. Departures are decided within 24 hours.