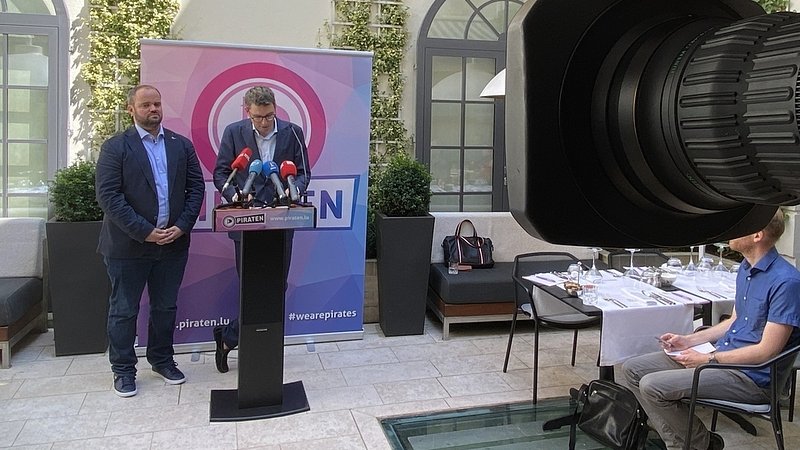 Following CSV and the Greens, the Pirate Party also presented their evaluation of the past year in politics this week.

On Wednesday, officials from the Pirate Party reiterated their dismay over the way in which Minister for Family Affairs and Integration Corinne Cahen ignored criticism from the opposition and refused to answer concrete questions. MP Clement went as far as to accuse her of "Trumpism" and using "alternative facts".

Last weekend, Minister Cahen spoke to Radio 100,7 and stated that she did not take a position after calls for her resignation, given that there were no concrete questions being asked.

MP Clement went on to criticise Minister Cahen for avoiding criticism on social media networks by blocking both elected officials and private citizens.

Similar to the conclusions drawn by members of CSV earlier this week, the Pirates lamented a lack of respect for the Chamber from behalf of the governing parties.

Pirate officials argued that urgent decisions need to be taken by the government to combat climate change, the housing crisis, the sanitary crisis, as well as growing inequalities. When it comes to the proposed corona tax by LSAP, the Pirates believe this to be mere election propaganda.

The Pirate Party proposes a negative CO2 tax, which would mean that every citizen has a certain maximum amount they can reach before having to pay.