While the National Roads Administration is still assessing the extent of the damage caused by flooding, it is clear that some roads will remain closed for a very long time.

The most affected road is the CR118 between Mersch and Larochette, which is closed until October. The situation has already exasperated some residents in the municipality of Angelsberg. 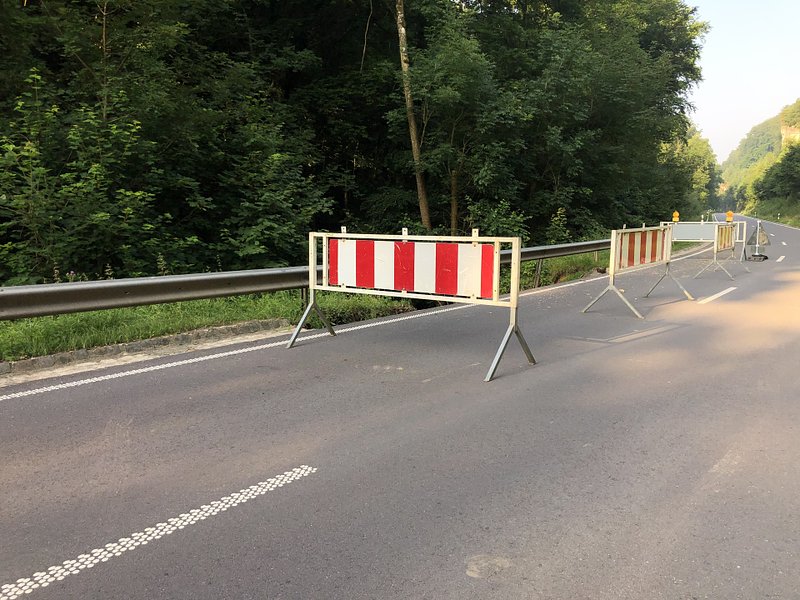 During the night of 14 to 15 July, a mudslide and rocks ploughed down the road. At the same time, 200 metres further on, a section of the pavement was threatening to collapse because of gully erosion. The structure was damaged and could no longer support the passage of vehicles. The closure is also justified by another threat to the road: a rock weighing several dozen tonnes is in danger of collapsing on it. 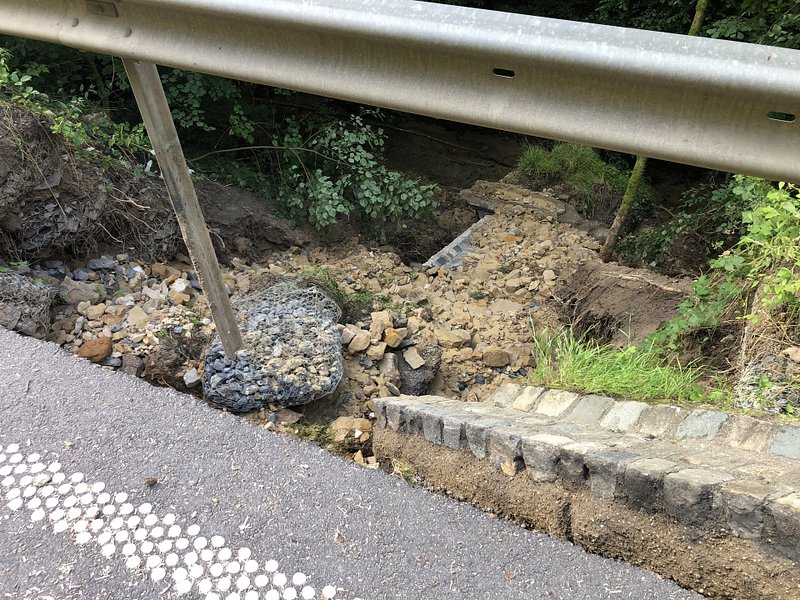 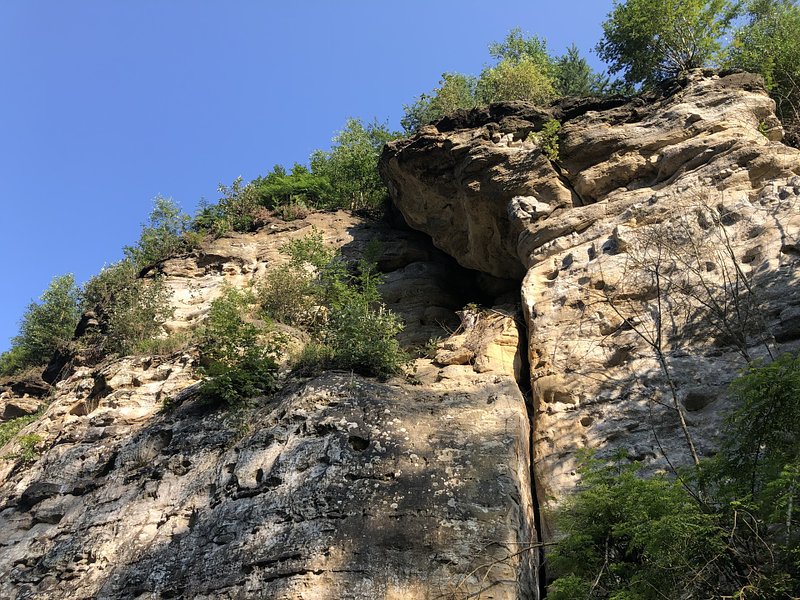 Fränk Daems, the mayor of Angelsberg, stated that it became clear very quickly that the road had been destroyed. It was the fire brigade of the CIS Fischbach that set up the closure of the CR118, as they were the first to intervene on Wednesday night. A temporary blockage to deal with the emergency, which has since been maintained by the National Roads Administration in view of the risks.

This situation is causing complications, as it is an important road for the surrounding municipalities, Daems explained, adding that it is "a very busy road" for the inhabitants of the area, and not only those of Angelsberg. It is the main road to Mersch, used by numerous residents to go shopping or take the train.

This is not the only inconvenience for the inhabitants of the village as the situation is leading to certain "collateral damage". Despite the fact that the National Roads Administration set up a diversion on Monday, some motorists are looking for alternative routes using their GPS.

"The problem with the official diversion is that it makes the journey much longer," Daems said. For example, the residents of rue Beringerberg have seen many vehicles pass by, sometimes at high speed, since the closure. Some of the residents "have complained to the National Roads Administration and the police", Angelsberg's Mayor explained.

The route that passes through their home, via the CR120, is shorter than the one proposed and absorbs most of the traffic that usually passes through the CR118. A road that sees an average of 3,289 vehicles on weekdays (according to a count by the National Roads Administration from 1 January to 31 May 2021) and 3,733 pre-Covid-19 (average figure in 2019).

Roger, a retired civil servant, reported that the surge of cars and lorries frightens some local residents. Some of his neighbours are afraid for their animals, which are used to going out into the surrounding gardens and fields. Roger lost his own 13-year-old cat after it was run over shortly after the CR118 was closed. "People don't let their children out anymore. Nobody is used to this traffic", he explained.

As a former civil servant, Roger has called on the state services several times since the closure of the CR118. In particular, he has tried to get in touch with the National Roads Administration and finds that the problem is being taken "lightly". A tree lying on a road for several days towards Moesdorf, signs left on the edge of the road for no reason, and a diversion put in place late and awkwardly are some of the criticisms he has levelled at the administration. 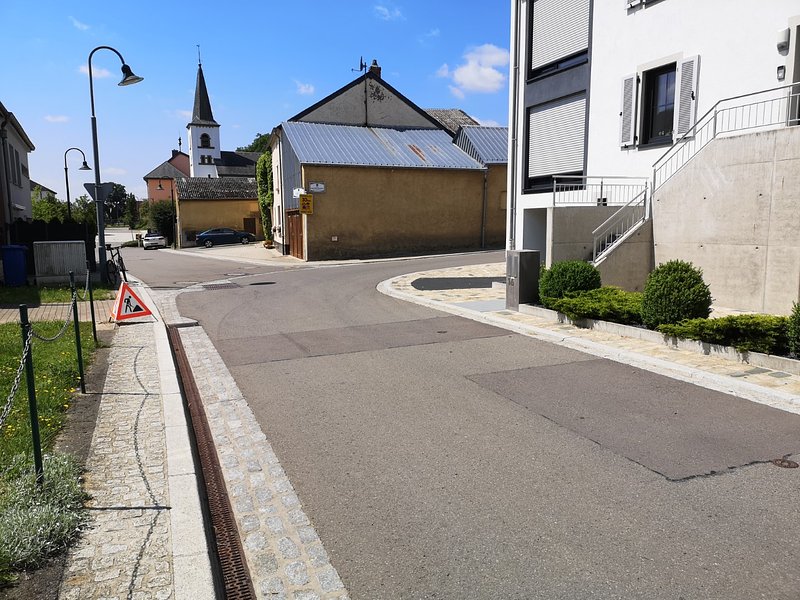 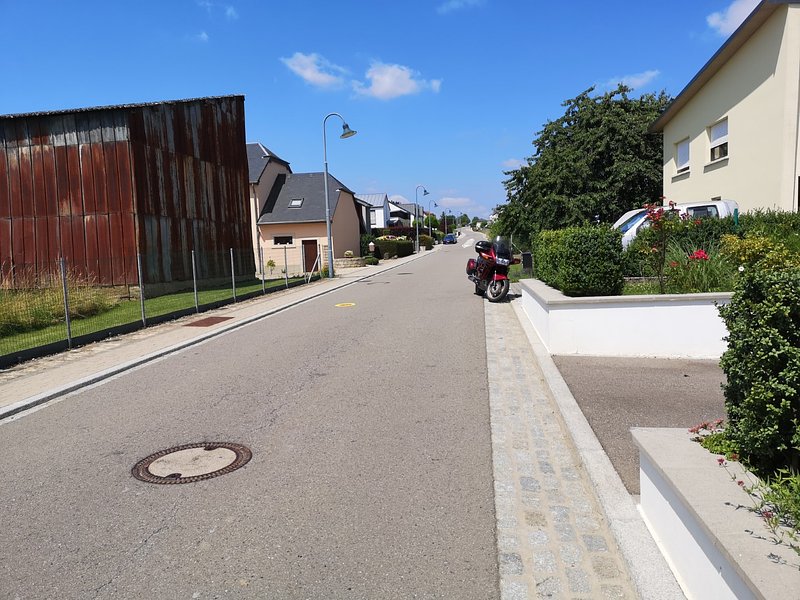 "If the situation only lasted for a week or two, we would do our best to survive, but it will last for months", he lamented. If nothing is done to preserve the peace and quiet of the inhabitants of the street, Roger warns that he and the neighbours will mobilise: "We will petition, go to the prefecture or set up a picket to block the street. But it would be a pity if it came to that", he concluded.

Other roads closed or partially closed to traffic until further notice according to the ACL are: