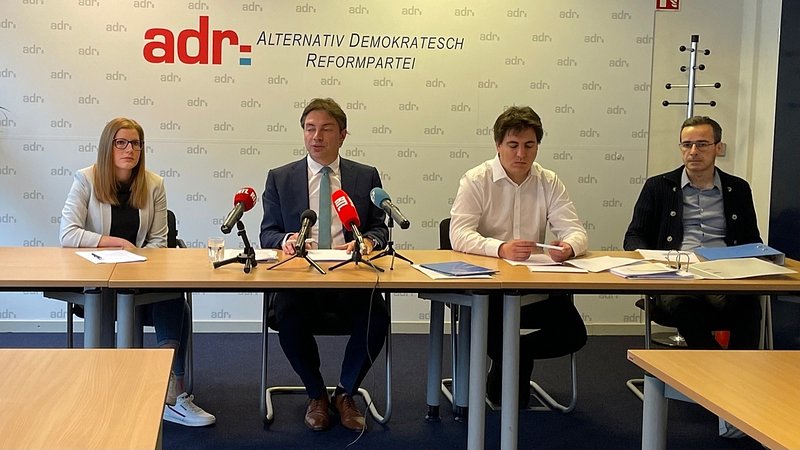 "Luxembourg school: Back on Track" - the Alternative Democratic Reform Party unveiled their new slogan for school reforms in a press conference on Thursday morning.

MP Fred Keup said the current school system had been derailed by years of inefficient reforms and experiments, as he addressed reporters in Luxembourg City.

The former educator explained the ADR did not believe school should be fun; instead, it should reflect real life. He added students would be more challenged if they were placed under pressure, and expressed his disagreement for the abolishing of homework and simplification of the curriculum.

The curriculum should, according to the ADR, once again focus on the essentials, such as reading, writing, arithmetic and general culture. Keup said he had observed knowledge gaps in particular concerning culture. Weaker students were frequently overwhelmed, he said, attributing this to the dissolving of promotion criteria. Students should not be allowed to compensate for more than one subject, as this has allegedly caused a "levelling down", particularly for the lower classes in secondary schools.

The system of international schools should also be reconsidered, rather than simply expanding the concept further and further. Finally, the three national languages ​​would not be taught at the same time, which would mean that there would be no integration of the pupils, but segregation among the young.

Beyond this, however, teachers should generally be better supported, given more autonomy, and bureaucratisation in the profession reduced, said the ADR. Keup compared one of his own school reports to one belonging to his child today, the latter being several pages longer than the former. A uniform points system should be reintroduced, and with clear and comprehensible reports for everyone.

The path of education should not only consist of moments of happiness, but also of disappointments, said Keup. Too many reforms have failed, others have been superfluous - now, he concluded, it was time to get
"Back on Track".