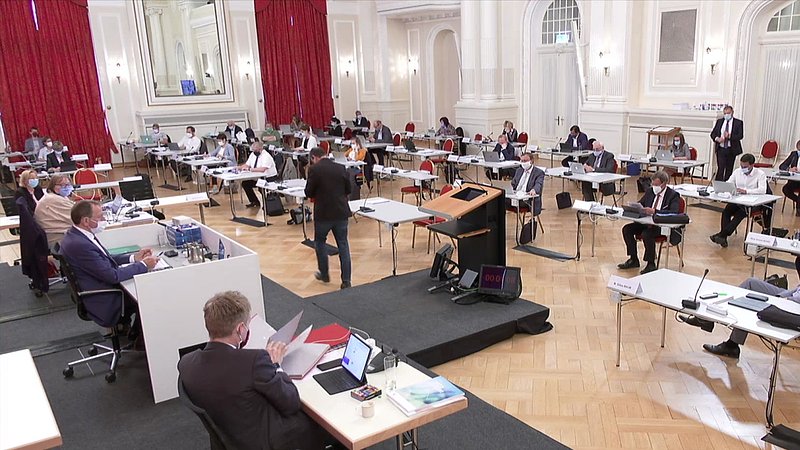 A transparency register for MPs will make it mandatory for politicians to reveal the representatives and organisations with which they meet.

The register is expected to give citizens an overview as well as an indication of where an MP gets their policy proposals from.

The introduction of stricter transparency rules is based on a proposal by MP Sven Clement from the Pirate Party. Compared to Clement's initial proposition, the consensus reached in the responsible Parliamentary Commission goes even further by introducing a transparency register.

According to MP and President of the responsible Commission Roy Reding from the Alternative Democratic Reform Party (adr), the main change will be that – with very few exceptions – everyone, every organisation, every institution, that wants to get in touch with MPs, no matter if with an individual MP, a parliamentary group, or a political group, will be required to first record their identity in the transparency register. Every month, each MP and group will have to publicly disclose the identities of the lobbyists they met up with that month.

MP Sven Clement stated that he welcomes the fact that the draft bill goes even further than his initial proposition form October 2019. It will allow any citizen to see whether an MP is only serving the interests of one specific group, or whether they are truly concerned about hearing as many voices as possible, Clement explained. The Pirate Party MP stressed that Luxembourg's citizens have "every right" to expect that their MPs take as many perspectives as possible into account.

Checking whether all information entered into the register is correct will, however, be somewhat complicated. Nevertheless, Clement stated, public pressure will be high as the register will be publicly available, including to the general population and the press.

Exceptions to the obligation to register include meetings with MEPs, trade unions, and professional chambers, as well as Luxembourg citizens. MPs are expected to vote on the bill at the beginning of next week.