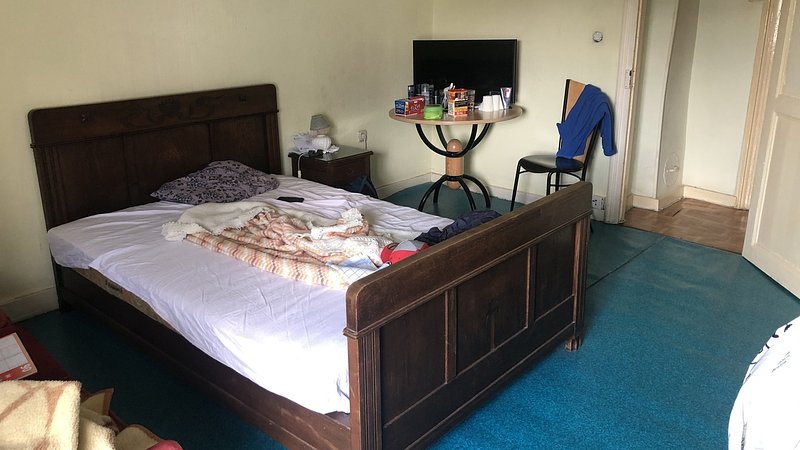 A small room above a café is a more affordable housing solution than a flat or house in Luxembourg. However, there are still regulations that apply to these types of accommodation.

The discussion about "furnished rooms" has been going on for many years in Luxembourg. Following several testimonies, a team from RTL visited a former restaurant in Troisvierges offering this type of rental, without respecting the criteria, which have recently been reinforced. The north of the country is said to be full of these rooms, a real need according to municipal and social officials, but the accommodation must be in order.

Wooden walls and floor, a plug lying around, damaged electric cables, but otherwise the general appearance of the room looks clean, as the RTL cameraman who went there was able to document. The rooms are relatively large, but one of them does not even have a window. You do not need to be an expert to realise that these 'maid's rooms' do not meet the basic safety and hygiene requirements, which are laid down in a new regulation from 2019.

Edy Mertens, the mayor of Troisvierges, is aware that some of the rooms do not necessarily meet the conditions and wants to take action to provide quality accommodation in his municipality. A report is expected, after which the municipal authorities will take action.

An inventory will be carried out in 19 municipalities in the north of the country thanks to the close cooperation between the Resonord social centre in Hosingen and the one in the canton of Redange. Raoul Schaaf, president of the social office of the canton of Redange, is even thinking of creating a label if the situation improves, in order to encourage landlords to take care of their tenants' well-being. A brochure is also being prepared.

According to Schaaf, there are 50 known "maids' rooms" rented by cafe owners in the canton of Redange, as well as 150 in nine municipalities of Resonord. Schaaf states that systematic checks are a lot of work, but they are necessary, for example with the help of the police or the Grand Ducal Fire and Rescue Corps (CGDIS).

In many cases, landlords try to remedy the problems identified by these checks, otherwise they risk being forced to rehouse their tenants, at their own expense, for three months. The 2019 regulation is meant to make them more responsible. Housing is one of the most important issues dealt with by Resonord's staff, with no less than 500 cases in 2019.

The vice-president of Resonord explains that all rooms are usually occupied. Frank Dimmer stresses that "we need these rooms, otherwise many people would end up on the street".

The idea behind the label and the checks is simply to offer humble but good quality and safe accommodation.