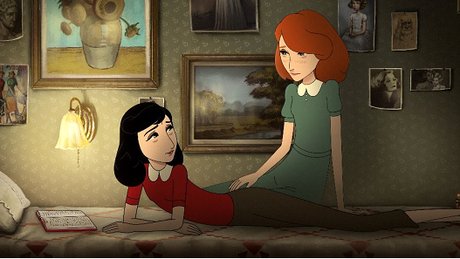 In addition to the Samsa film "Les Intranquilles", a second film co-produced in Luxembourg, titled "Where is Anne Frank", has just been selected for the Cannes Film Festival.

Where is Anne Frank, produced by Jani Thiltges (Samsa Film) and directed by Ari Folman, is the second film selected in the official selection of the next Cannes Film Festival which will take place from 6 to 17 July. The Restless by Joachim Lafosse has already been selected to participate in the festival.

Where is Anne Frank is an animated feature film based on the Diary of Anne Frank and about Kitty, Anne Frank's imaginary friend. Kitty, to whom Anne dedicated her diary, magically comes to life in Anne Frank's house in Amsterdam. She thinks that if she is alive, Anne must be too, so she embarks on an incredible quest to find Anne.

The film is a co-production between Belgium, Luxembourg, Israel, the Netherlands and France and will be screened out of competition, celebrating its world premiere at Cannes.

The animation was largely produced in Luxembourg by Doghouse Films (Pierre Urbain and David Mouraire). The technique used in the film combines both classic 2D and stop-motion sets. The sound mixing was done by Michel Schillings.

After The Congress in 2013 (Paul Thiltges Distributions/Studio 352), this is the second film by the Israeli director co-produced with Luxembourg to be selected at the Cannes Film Festival.

Where is Anne Frank will be released worldwide from November 2021.