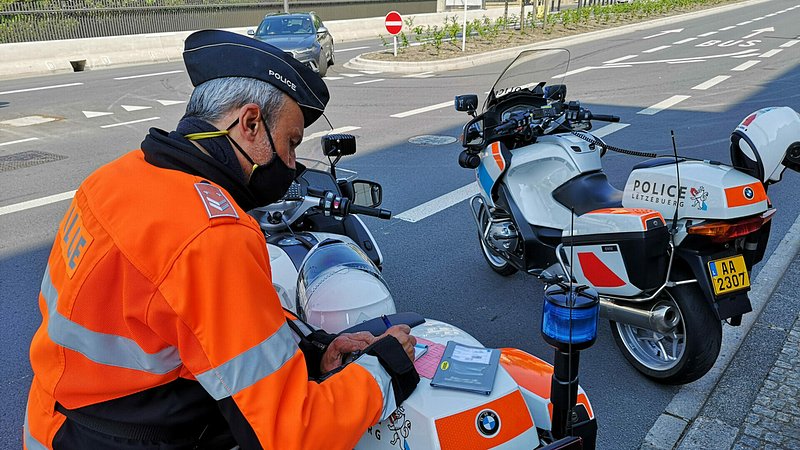 The campaign lasts from 7 until 13 June.

People who like to check their text messages or make a call while driving may have a costly week. In the context of a respective awareness campaign, the police will conduct increased checks of phone usage while driving. Fines can amount to €145, as well as the loss of two points.

Our colleagues from RTL accompanied one of the patrols on Wednesday and witnessed a number of people that were not very reasonable about the issue. One of them stated: "After all, we have enough points. I have not been stopped for the past 15 years, so I don't think that his incident will deter me from anything. I am quite careful, I have never been involved in a car accident. I understand the dangers of phone usage, and I even occasionally see young people use their phones at a red light and miss when it turns green. That infuriates me."

Many people still underestimate the dangers of using their phones while driving. At a speed of 50 km/h, one second of inattention equals fourteen meters of blind driving. Naturally, this goes for any form of distraction, not only phones.

André Schaack, police superintendent for traffic safety, explained: "Only a few years ago, our three major concerns were speeding, alcohol, and seatbelts. Now, distraction has been added to the mix, and some studies even show that it has become the number one cause for severe accidents. We know that phones have a very distracting effect, because by now people not only use them to make calls, but also to check social media and write text messages."

Last year, the police issued 2,950 fines for phone usage while driving, a number that keeps increasing. Police checks are however the only way of monitoring the traffic violation, which is why Schaack reiterated the importance of the message: "When we drive, we should not be doing anything beside focusing on the road. Using phones is not only prohibited, it is also incredibly dangerous."