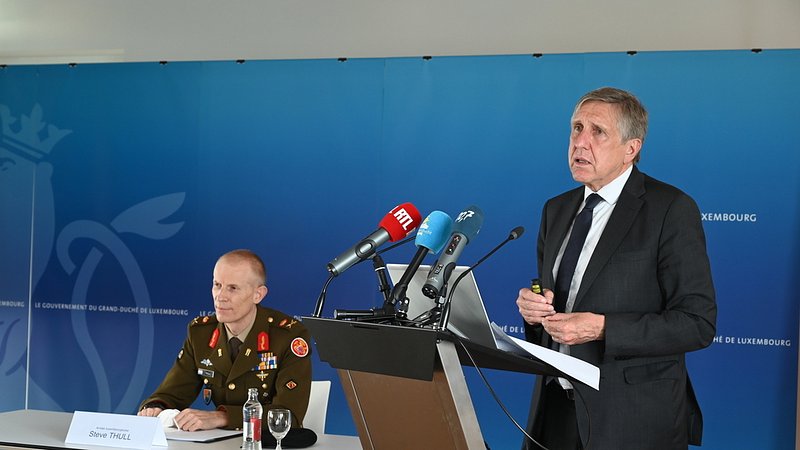 During a press conference on Wednesday, Minister of Defence François Bausch announced that the government will spend €367 million on the purchase.

The Luxembourg Army is set to receive 80 new military vehicles over the next couple of years. The current fleet is considered to be highly outdated and inadequate to provide optimal protection for soldiers. Some of the computers are still running on Windows XP, while other replacement parts are no longer being produced.

For years, the Army has relied on two types of vehicles, the so-called hummers and dingos. 42 vehicles of the former type have now been in service for 25 years, and 11 of the latter type for eleven. Minister Bausch thus underlined the necessity of replacing the fleet: "It would be much more expensive to upgrade the models that we have than to purchase a more updated type. Also, we want to switch to a single vehicle model that can be used for all tasks and missions."

General Steve Thull estimated that upgrading procedures would cost €240 million in comparison. Minister Bausch further commented: "By switching to one type, we will also facilitate communication between individual vehicles, as well as the necessary training that soldiers have to undergo."

Another important change will be the fact that the new vehicles will operate with the same systems that are used by the Belgian and French military. Given that the Luxembourg Army mostly cooperates with them, it makes sense to use the same tools.

The purchase of 80 vehicles is estimated to cost €367 million. The new fleet is expected to be operational by 2025. No further details about type or design are known at this stage.