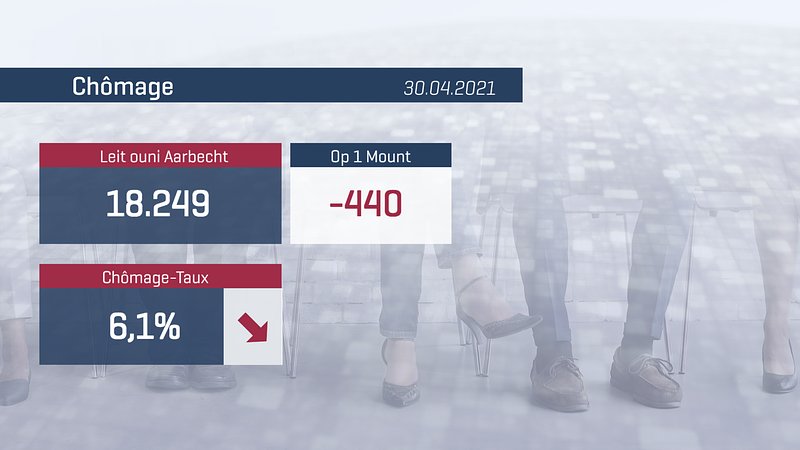 Statec and the National Employment Agency have published the latest figures for employment in April.

18,249 people were registered with the National Employment Agency (ADEM) by the end of April - a decrease of 440, compared to March 2021.

When compared to April last year, this figure represents a decrease of almost 10%. The labour market was deeply affected by the onset of the Covid crisis in 2020.

Currently, the unemployment rate is estimated at around 6.1%.

Just under 3,000 roles were registered with ADEM in April.

Fortunately, the situation has improved somewhat for the under-30 category. ADEM said the number of unemployed young people is decreasing faster than the average (-17.2%) over the past year.

Finally, the number of people receiving unemployment benefit fell by 1.5% to 9,581 people in April 2021.