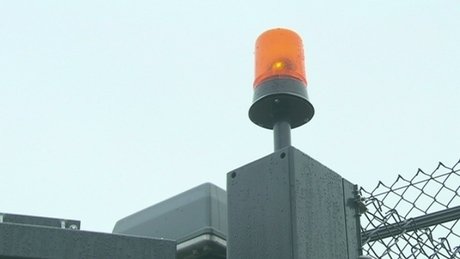 Locking a child away is never the right way, says Max Mousel, legal adviser of the CCDH.

Locking up minors in a holding centre is never acceptable, whether alone or with their families. This is the conclusion of the consulting human rights commission CCDH after their analysis of the relevant bill proposed by déi Lénk.

"A migrant child is a child above all, and a migrant after that," stresses Gilbert Pregno, president of the commission, during his presentation of their conclusion. Locking up a child, even for a short time, can have far-reaching negative consequences for their mental health.

This is in contradiction to the current practice in Luxembourg, where minors can be held with their families for up to 7 days at the holding centre on Findel, the only one in the country. No current numbers are available, but a parliamentary request from 11 December 2019 revealed that between April and September 2017, a total of 10 minors were held for longer than 3 days. Unaccompanied minors are no longer housed here.

"Following the proposed law, it should become illegal to put migrant children in a holding centre," says Max Mousel, adding that locking up a child was never the right way. This requires the creation of open structures for families in this situation. The Belgian model might be used as inspiration for this, albeit with some modifications.
One option would be to institute a system where the concerned families are required to regularly check in with the authorities. Alternatively, they might be asked to relinquish their passport or ID papers.

The topic had already come up in 2013, when the coalition agreement retained that alternatives must be found to avoid keeping minors at the holding centre. And yet nine years on, nothing has been done, says Gilbert Pregno. The CCDH expressed hope that the government will now rethink their position and act quickly to ensure that the rights of children are respected and no one is unnecessarily locked up.