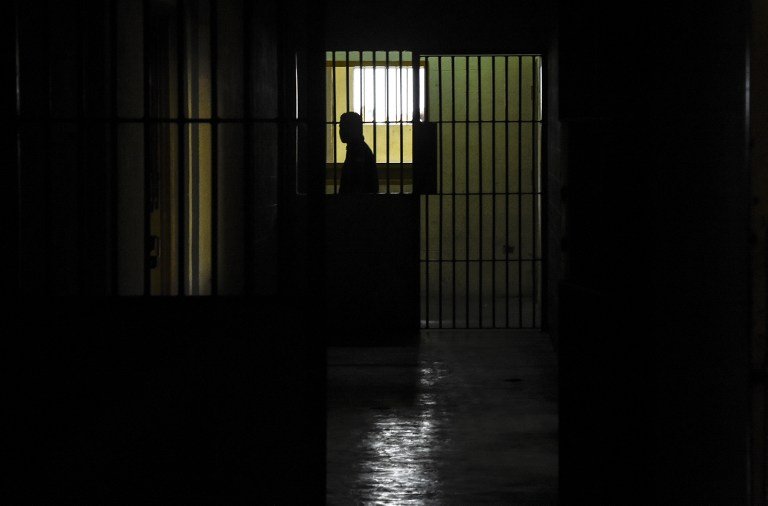 In an interview on RTL Radio on Tuesday morning, Serge Legil, the director of the Prison Administration, stated that these figures "give hope". A fortnight ago, over 100 people were in quarantine and 30 prisoners tested positive for Covid-19. A situation that was anything but easy, Legil stressed.

If prisoners are quarantined, this means that prison officers, graduate educators, psychologists, social workers and sociologists, who are in contact with the prisoners, are also at risk of becoming ill. This means that at the moment, the prison can only offer mediocre care or even none at all (except for medical care), as long as these people are also in quarantine, Legil explained. This creates a potentially risky situation, as inmates become restless due to the partial lockdown leading to them having even less freedom. A situation like this then becomes a security problem. If on top of that prison guards are sick or unavailable because of the quarantine, a major security issue could quickly arise, according to the director of the Prison Administration.

How did the virus get into prison?

It is not exactly known how the virus gets into prison, Legil stated. There are only hypotheses. There is not really a way to retrace the exact origin of the viral infections.

In principle, visits from people outside the prison could be a possibility, although they are subject to strict hygiene measures (Perspex walls, checks at the entrance). The arrival of the virus in prison could also be explained by an asymptomatic staff member. But that would be "a real coincidence", Legil stated, seeing as staff are tested very often.

As far as the spread within the prison is concerned, Legil explained that inmates always had opportunities to communicate with each other that could never be detected by the authorities, no matter how good the checks are.

Scepticism about vaccination is not due to lack of awareness

Scepticism about vaccination among prisoners is not due to a lack of awareness, Legil stressed. Regarding this issue, the director of the Prison Administration praised the staff, who went to great lengths and talked to people. Various posters have been made in all kinds of languages, Legil explained. In addition, the cultural background of the majority of the prison population meant that most inmates acutally have quite a favourable view of vaccines. Many inmates come from Africa or Eastern Europe, where vaccination is held in "high esteem", according to Legil.

However, a potential explanation could be that in the first phase, prison guards were not vaccinated as a priority group, contrary to the prisoners themselves. This led to distrust in the vaccine among inmates, who feared that they were to be used as human test subjects. In total, 149 of the 520 prisoners were vaccinated.

Why were the guards not vaccinated as a priority?

The prison administration did not, as the General Confederation of Civil Servants (CGFP) did, request priority vaccination for certain socio-professional groups (such as teachers or police officers). Legil explained that in prison, the simple truth is that two thirds of the inmates have a health problem, sometimes serious, whether due to poor hygiene, alcohol and drug abuse, hepatitis or AIDS, which makes these people "very vulnerable, like the residents of retirement homes". The guards also have a lot of contact with the positive inmates, and this is why it was planned to have them vaccinated as well, but after the inmates.

Nevertheless, Legil acknowledged the frustration of prison guards but pointed out that the government ultimately decided relatively quickly to vaccinate guards as well.

Legil also talked about the 2018 prison reform, stating that its main goal is the minimisation of the risk of relapse. This not only in a judicial sense, but in practice, i.e. working with the prisoner to prevent them from committing additional crimes and instead preparing a successful reintegration into society.

In order for this to work, Legil explained, a detailed profile of the prisoner is drawn up upon their arrival at the penitentiary (language skills, family background, level of education, financial situation…). At the same time, prison workers assess how high a prisoner's risk of relapse is. If the risk is above "medium-high", individual measures are taken to reduce it. These measures are continually adapted and assessed.

According to Legil, this system significantly decreases a prisoner's risk of relapse while increasing their chance for a reintegration into society. Legil added that the only new aspect of this programme is that every prison employee has to play their role in it: instructors, educators, and guards. Sports and cultural activities are also part of the programme. It is "complete package", Legil concluded.

Video no in English