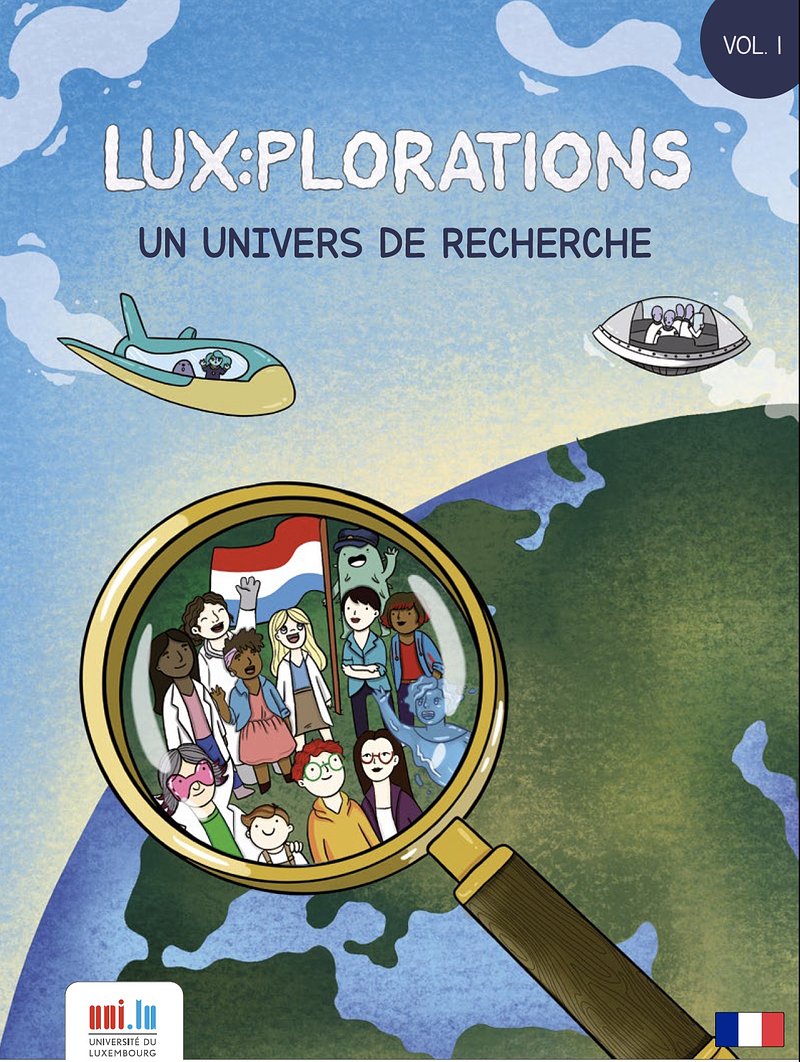 One of the challenges of the University of Luxembourg is to create content which makes scientific topics as accessible to the general public as possible. A new comic book, LUX:plorations, combines the skills of researchers from different scientific departments and the talents of nine Luxembourg illustrators.

Two characters invite readers to join them on their adventures. The heroine Zamara from the planet Liquaria is a student on an intergalactic journey. With her faithful and mischievous four-legged friend Yso, Zamara has come to Earth to explore the intriguing environment the little blue planet has to offer. Curious, she chooses Luxembourg as her base to learn as much as possible about this place, which is very different from what she knows.

Allergies, global warming, and electrons are some of the topics covered in this comic. The aim is to make subjects which can appear very abstract accessible. This is an important exercise for the researchers who work on these projects. "We need to train scientists to simplify," says Nicole Paschek, manager of the DESCOM project, a training programme in scientific communication for doctoral students working in Luxembourg, who initiated the idea.

The scientists from the university who volunteered for the experiment chose their subjects. As for the authors, Paschek explains that they met some of them at the Contern comic book festival. She made a particular effort to find participants who were from the Grand Duchy. Marion Dengler, Andy Genen, and Valérie Minelli, among others, took part in the project.

The comic is available for download in four languages (English, French, German, and Luxembourgish) on the dedicated website created by the University of Luxembourg.