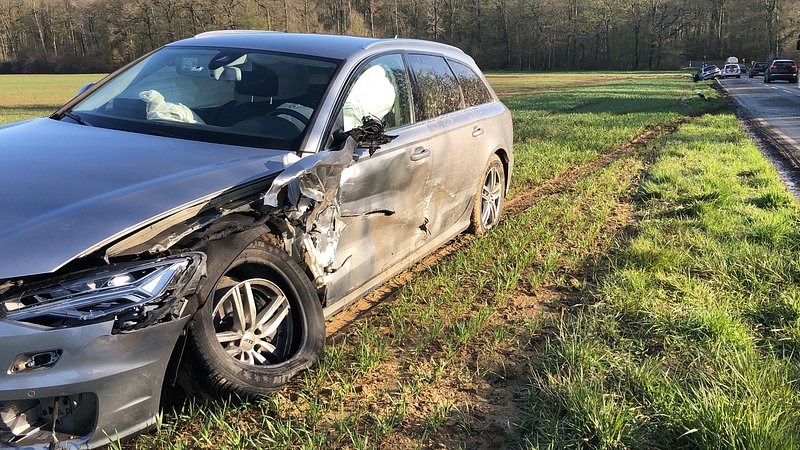 The accident occurred shortly before 8 a.m. on Monday morning near the local football pitch.

According to preliminary information, one person was injured in the process. Cause of the accident may have been slippery roads. Emergency services from Sanem/Differdange were at the scene, as well as the Mondercange fire brigade.

Another road accident took place between Schengen and Burmerange around the same time. A driver suffered minor injuries after losing control over his vehicle and crashing into a tree. Emergency services from Remich were present, as well as the Schengen fire brigade.

Around 10 a.m., a transporter in Rue Nicolas Bove in Luxembourg City caught fire. Fortunately, only material damage occurred. The local fire brigade was called to the scene to extinguish the flames.