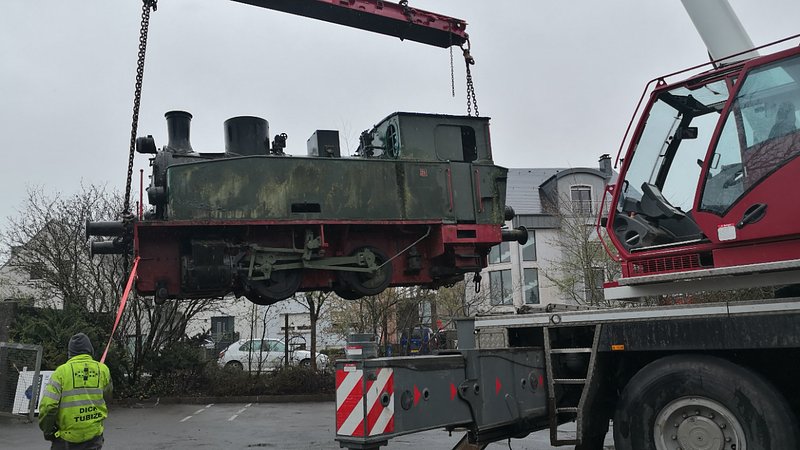 Over the course of the weekend, parts of the old industrial infrastructure were transported across a four-kilometre distance.

Specialised transporters were hired to help relocate a steam locomotive, an electric one, and a slag ladle car among other things. A difficult operation calling for finesse. For several decades, the pieces have been used as exposition materials, and will now be restored.

Workers took five hours to relocate the 36-tonne-heavy steam locomotive. For more than three decades, the "Hanomag" used to stand at the city entry across from the palace garden. Built in 1911, the machine was first used by the "Aachener Hüttenverein", before being employed by Arbed, and finally evolving into a veritable piece of history.

Esch-sur-Alzette councilman André Zwally explained that the government decided to classify the machines as national monuments. This means that restoration works need to consider the original design and keep all authentic elements and colours.

The final piece of the puzzle was the transportation of the 110-year-old locomotive on Sunday. The restoration of the machines is expected to last for three years, the process also being used as a job creator. Five people will continuously work on the locomotives until they appear in former glory.

Not all new locations have been set yet, but it is already clear that the steam locomotive will be placed in the new "Rout Lëns" district once it is done.