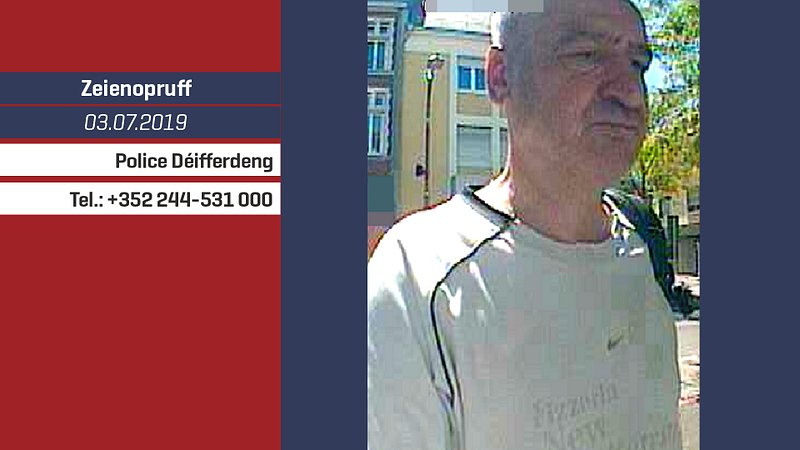 The person used a stolen credit card to withdraw cash from a machine in Route de Luxembourg in Pétange.

A security camera caught the fraud on 3 April.

The police have now released the footage in an effort to identify the culprit.

People holding information on the identity of the man seen in the picture above may contact the Differdange police department via telephone (+352 244-531000) or via email (police.differdange@police.etat.lu).