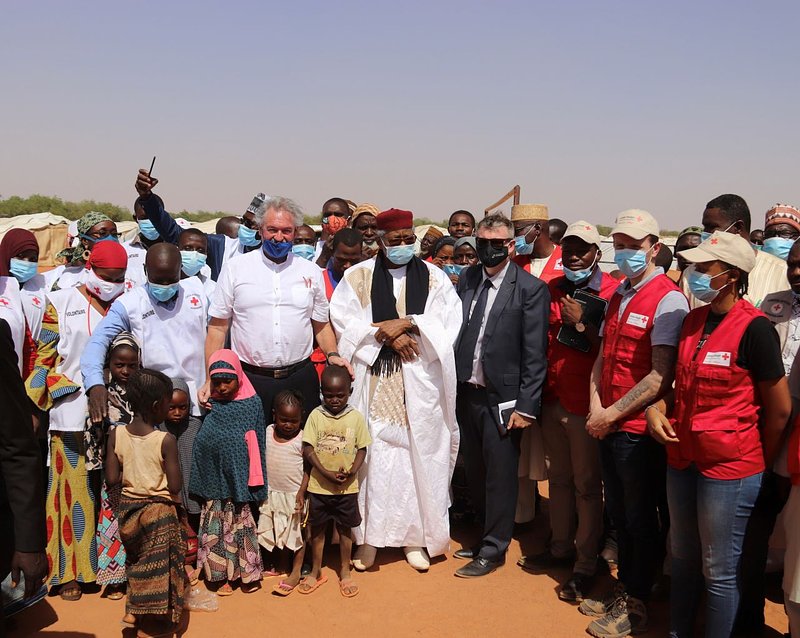 President Mohamed Bazoum invited the Minister of Foreign and European Affairs to join him in Niamey on 1 and 2 April.

Minister Asselborn conducted the visit together with his French counterpart Jean-Yves le Drian, both having been invited to the official inauguration of the newly-elected president. It marks the first peaceful and democratic transition of power since the African nation first gained independence in 1960. Asselborn and President Bazoum have been colleagues and friends for several years.

Niger and Luxembourg have entertained a cooperative relationship for over 30 years. The Grand Duchy provides support for the Sahel region, which is considered to be one of the most important aspects of the country's foreign affair policies.

Minister Asselborn was able to talk both to outgoing president Mahamdou Issoufou and Niger's newly-elected head of state. He congratulated all of them for the success of the peaceful elections. President Bazoum in return thanked the Luxembourgish diplomat for the continuous support in recent years.

The Grand Duchy has helped launch several projects in Niger, most notably in the domains of education, women's independence, and access to potable water. The country further supports the African nation in developing its own local leadership.

While in Niamey, Minister Asselborn also visited the Luxembourgish embassy and talked to employees about the challenges of their work. He further paid a visit to the Red Cross, which has helped set up camps following major floods in the area in 2020.