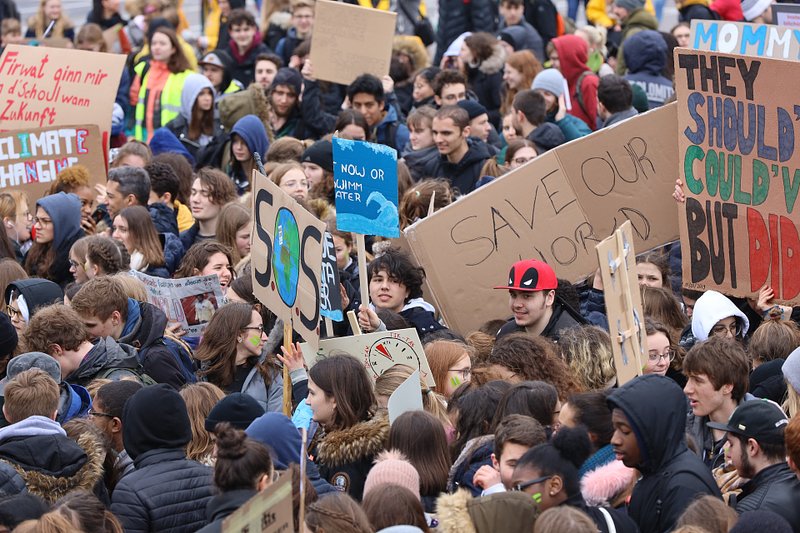 Young people will once again take to the capital's streets on Friday afternoon to march in protest against climate inaction.

In 2019, Youth for Climate Luxembourg mounted a series of protests in conjunction with young activists around the world to demand action against climate change from the Grand Duchy's government. On Friday 19 March, protestors will once again take to the streets of the capital, albeit under pandemic restrictions.

In a press release, the environmental group said:

"Youth climate activists all around the world are gearing up on March 19th to demand immediate, concrete, and ambitious actions from world leaders in response to the ongoing climate crisis. As the world is heating up every year, we must treat the climate and ecological breakdown as an emergency — which means immediate action and #NoMoreEmptyPromises from our governments.

In order to respect the sanitary measures during our action, we will be limiting the number of activists by not calling for a mass mobilisation. We have invited climate organisations and activists from Votumklima, United for Climate Justice and many more to join us on March 19th. We are organising a Human Chain at 16:00 on the Place d’Armes after a chalk action (if the weather allows it)."

Further information on the protest and its cause can be found at www.youthforclimate.lu.