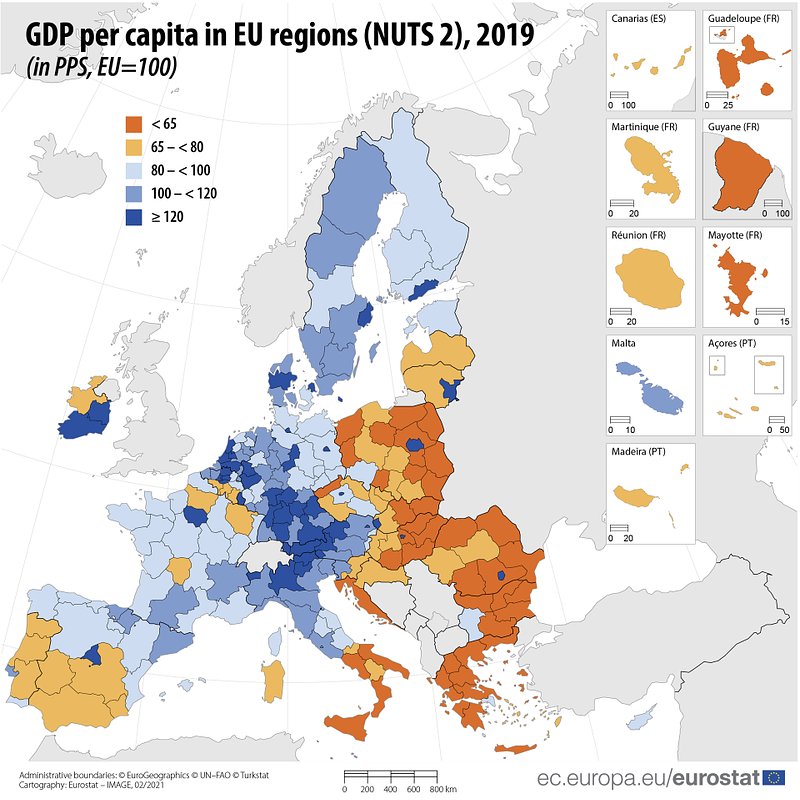 Luxembourg's GDP per capita is a whopping 260% of the average EU regional unit, according to a new report by Eurostat.

That leaves the Grand Duchy as the wealthiest regional unit in the EU, a measure of statistical analysis which allows for greater comparisons between countries of different sizes.

Second in the list is the southern region of Ireland on 240%, ahead of the Czech capital Prague on 205%.

On the other end of the scale, the north-west region of Bulgaria is tied with the French overseas territory of Mayotte at 32% of the EU average, with other Bulgarian units making up the rest of the bottom 5.

What explains Luxembourg's high rating? According to Eurostat, the 'high inflow of commuting workers', alongside the assets of multinational companies domiciled in the Grand Duchy, are responsible. 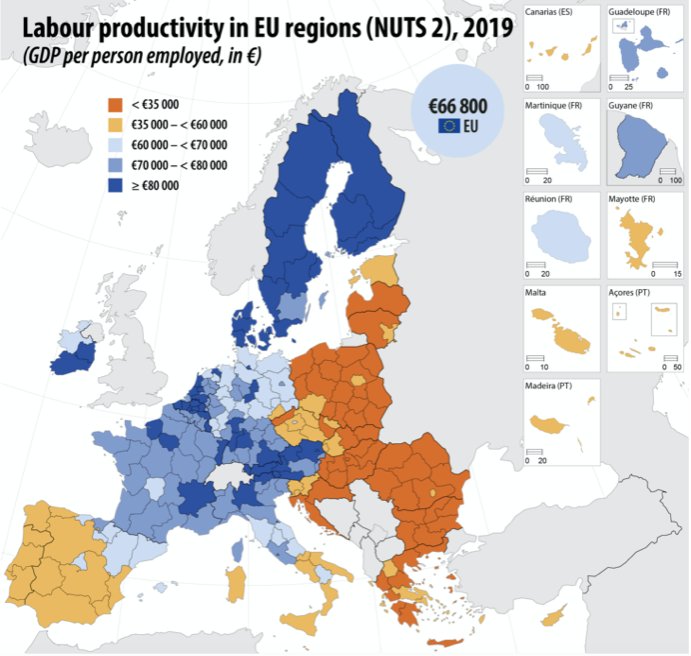 Luxembourg also ranks third for productivity, with a GDP per person employed of €136,600, behind only the Southern and Eastern-Midland regions of Ireland.