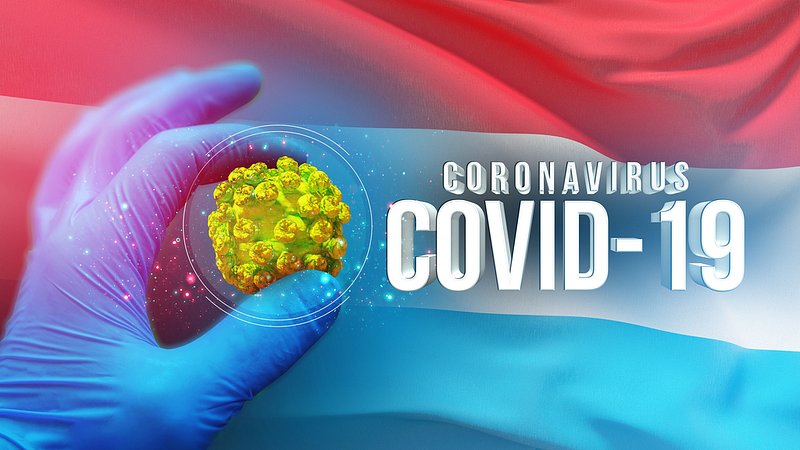 Over the course of last week, a little more than 60,000 Covid tests were performed, out of which 1,249 were positive.

Compared to the previous week, new infections have experienced a 14% increase. Around half of positive tests (47%) were identified in people that were already in quarantine, meaning that those people were less likely to cause another infection chain.

Meanwhile, the positivity rate in the Large Scale Testing has remained stable at 0.3%, with 123 positive PCR tests being made. Over the course of the past nine weeks, the rate has remained more or less stable between 0.21% and 0.43%.

538 tests that were prescribed by doctors resulted in positive results. The positivity rate for these is currently at 3.45%, compared to 5% in Germany and 6% in France. 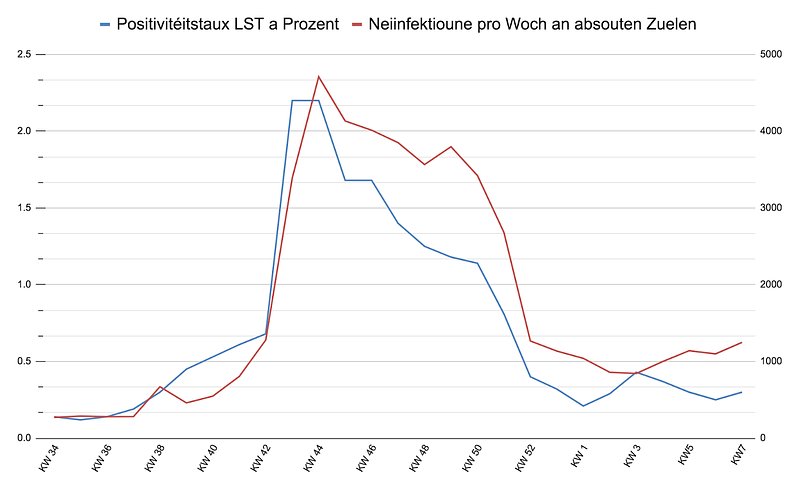 Although the situation appears more or less stable at the moment, health experts estimate that similar as in other European countries, the coronavirus variants are currently spreading across the Grand Duchy. This may provoke new infection spikes in the foreseeable future.

Nevertheless, there are also positives. With the progression of the vaccination campaign, officials hope to see first results of increased protection against the virus, as well as reduced transmission of it. Furthermore, with temperatures beginning to rise, people are once again moving outside more, which also reduces the risk of transmitting the virus. 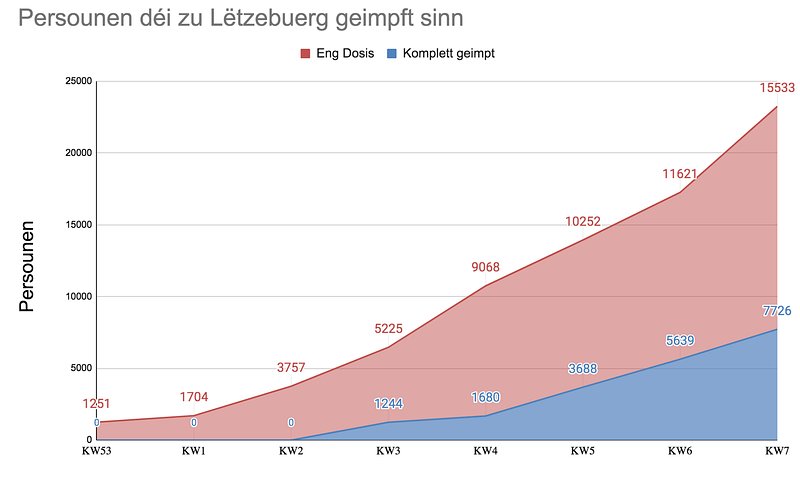