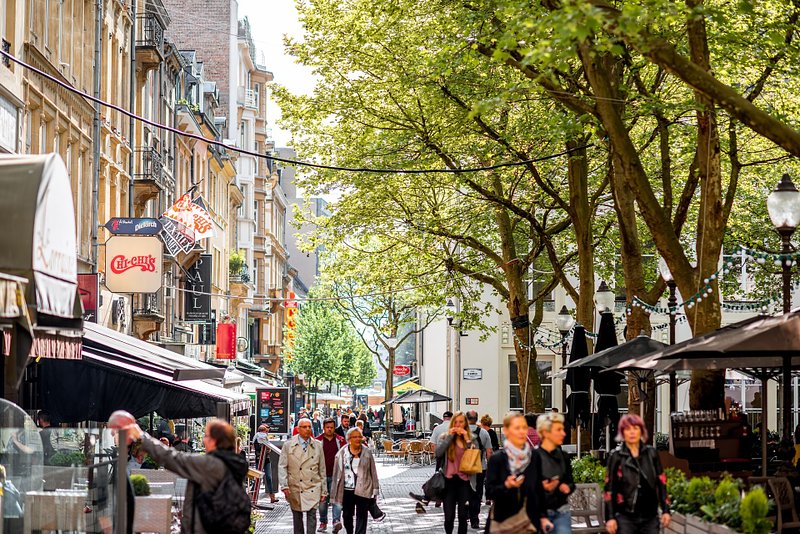 While Luxembourg is officially living on tick since Monday, the authorities have already set out ways to make it a more environmentally friendly country.

As one of Europe's most polluting countries, it is evident that Luxembourg needs reform. Monday 15 February marked its "overshoot day" - the day when a country's demand for ecological resources and services in a given year exceeds what Earth can regenerate in that year.

It is an overshoot day which occurs very early on in the year. After Qatar, Luxembourg is the world's second most environmentally unfriendly country. Far ahead of the world average, estimated on 22 August, and still significantly ahead of its neighbouring countries (March in Belgium, May for France and Germany).

According to the Global Footprint Network's calculations, if the whole planet had Luxembourg's consumption habits, it would take eight planets like Earth to sustain everyone's lifestyle. 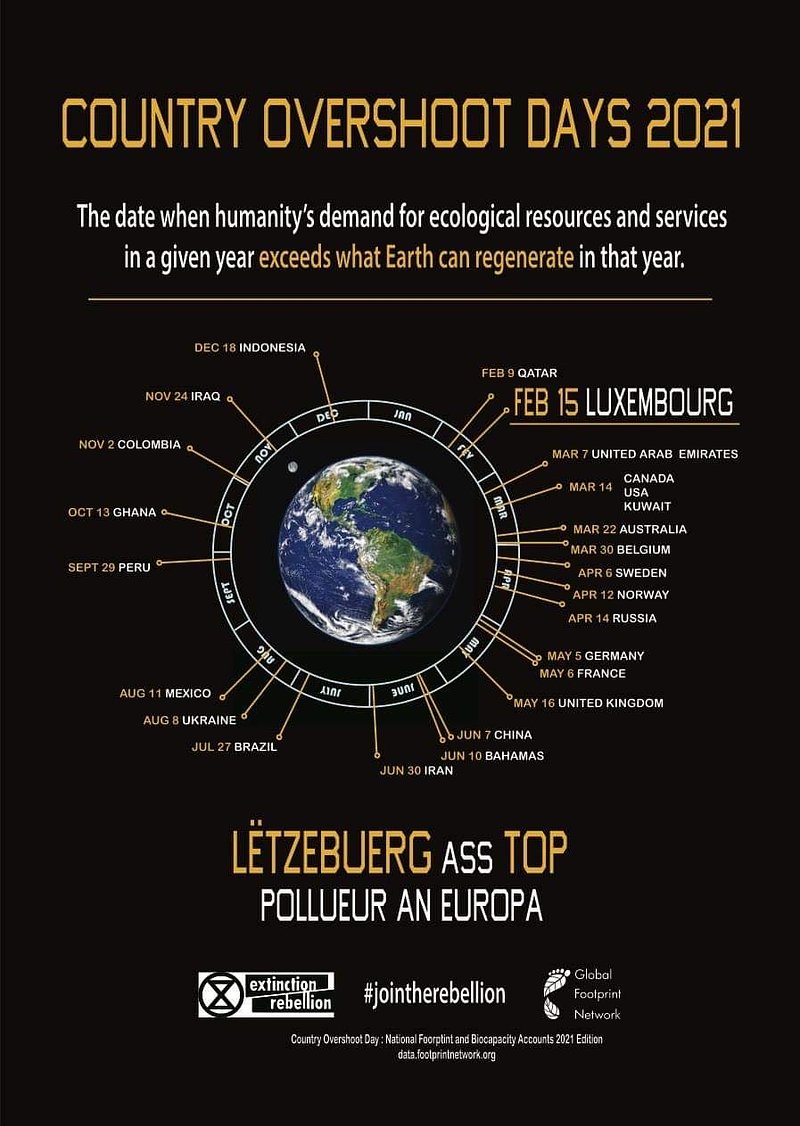 However, this highly publicised indicator does not tell the whole story about the environmental situation in the Grand Duchy, at least according to Luxembourg's Higher Council for Sustainable Development. In fact, the indicator does not take into account the effect of cross-border workers on the economy, nor the importance of the cross-border nature of consumption, particularly the so-called "petrol tourism".

According to the Council, if the effect of border residents and petrol tourism is acknowledged and taken out of the calculation, six planets, not eight, would be needed. Of course, that is still more than double that of the Grand Duchy's neighbours, far too much to describe Luxembourg's habits as "sustainable". In fact, the Council specified that the country's ecological footprint impressively demonstrates Luxembourg's over-consumption of available resources.

The solution has already been laid out

According to the Council, solutions exist and are fortunately possible. For example, it proposes its "seven pillars of the circular economy" to "preserve resources and encourage local and solidarity-based solutions". A "complete break" with the current system that would reduce the overall pressure and even regenerate the ecosystems, ultimately bringing Luxembourg's overshoot day to 31 December and beyond.

The seven pillars proposed by the Council are:

On paper, these are principles to which the government subscribes since it included them in its coalition agreement, where it says that "(...) the transition from the current linear economy to a circular, efficient and renewable economy that respects the limits of ecosystems will be promoted. Public policies will encourage the growth of value added while reducing negative externalities, using, in fact, the principles of circular economy, digitalisation and technological progress. (...)“

Although the country has taken several steps in the right direction (building passive houses, increase in renewable energy, bonus for the purchase of a less polluting vehicle, fuel tax…), there is still a lot of room for improvement. In particular when it comes to the country's consumption of green energy (which should progressively replace fossil fuels) but also regarding meat consumption or reducing the many, many trips that its residents like to take throughout the year. Whether the country manages to push back its overshoot day will no doubt be a good indicator of its efforts.