The water management office expects levels to drop as of Monday afternoon.

Recent heavy snow fall and bad weather have seen significant swelling in Grand Duchy's rivers, this is especially true in the southern half of the country.

Since Friday, the Moselle has been overflowing, as excess snowmelt and rainwater run off has caused rivers to burst their banks. The water management office has warned of light flooding on Monday, expecting levels to drop again come afternoon.

Levels reached 5m35 at 7am in Remich, an increase of 30 centimetres compared to Sunday afternoon. In Grevenmacher 6m33 was measured, two metres higher than an average day. Levels surpassed the orange alert for Stadtbredimus on Monday. 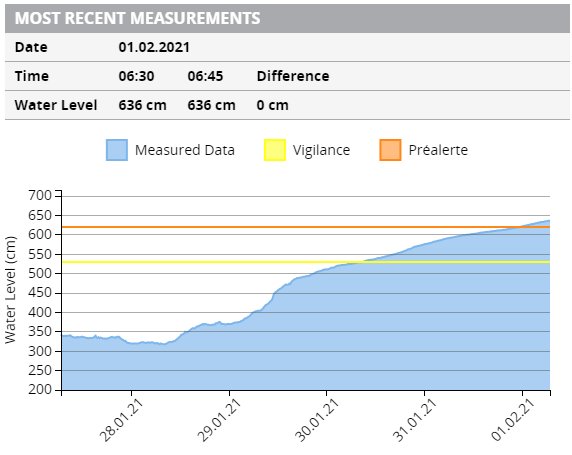 Whilst levels remain high and are expected to climb slightly until noon, the water management office expects the situation to normalise as of the afternoon. Warnings for the Sauer, Alzette, Chiers and Syre have been lifted.

Current levels can be found on inondations.lu.