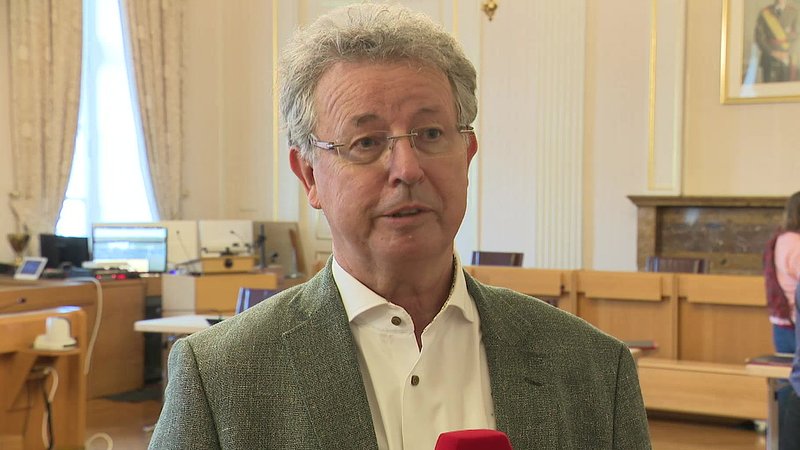 Regarding Luxembourg's transition to 5G, the union of municipalities, Syvicol, is asking for a right of inspection, at least with respect to the installation of antennas.

A European directive gives operators a free hand, something which is not much appreciated by local authorities.

In concrete terms, this concerns the boxes, or the "small cells". They have a volume of 20 litres, a maximum height of 45 centimetres and a width and depth of 20 centimetres. In addition to the large antennas, they should be distributed closer together over a short distance to ensure a better connection.

To date, no one has asked the municipalities for their opinion. Emile Eicher, president of Syvicol, stated that municipal executives were surprised that they were simply ignored and that no building permit is required.

These antennas are more and more numerous throughout Europe and in the Greater Region. The Grand Duchy is no exception: the objective is that 80 to 90% of the population should have access to 5G by 2025.

Communication with the operator who takes care of the installations was practically non-existent until now. While there was a workshop which provided explanations on how the technology works, it did not help municipalities much overall, according to Eicher. Syvicol reiterates its position that whatever changes are made in towns and cities, the municipal authorities should be informed in advance. A municipal executive may have good reasons to indicate to operators why a specific location may not be suitable for these installations. Especially, Eicher stressed, if a local heritage site was affected, since municipalities "do not want to see it swallowed up by boxes".

These boxes are normally put up in places where they do not attract too much attention: streetlights, lampposts, bus stops, but also buildings.

Instead of a continuous radiation as with 4G, the new technology makes it possible to pinpoint devices and connect them to the internet. During off-peak hours, the antennas reduce their capacity and thus save electricity.

Syvicol does not take a position against 5G, it would only like to be informed with a concrete "master plan".

Eicher explained that a lot of questions are still unanswered: How many boxes will be installed? Where are they to be installed? How will access be regulated? Who will take responsibility?

The draft bill is still going through the standard procedure, according to Post Luxembourg, the company responsible for the installation of 5G in the Grand Duchy. Before any external communication can take place, the bill must first come into force, according to Post.