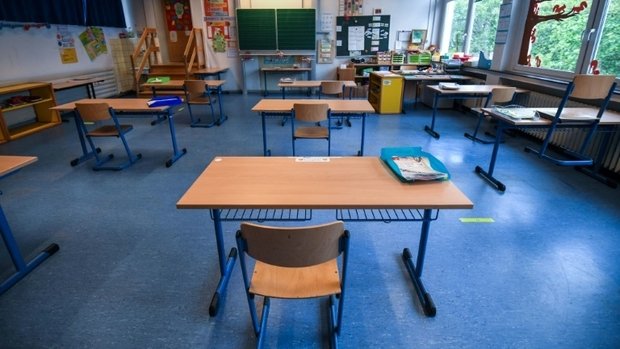 New evidence from the Ministry of Education shows that 20% of positive coronavirus cases in pupils and staff can be traced back to school.

The ministry launched an ambitious large-scale testing campaign after children had stayed at home for three weeks, with 120,000 test invitations sent out to pupils between the ages of 4 and 19 who reside in Luxembourg.

However, the response rate was low, as only one in five had a test done. On the other hand, 41% of teachers and school staff agreed to be tested.

According to figures provided to RTL by the ministry, large-scale testing found 20 positive cases amongst school staff and 106 amongst pupils.

Moreover, a government report obtained by RTL indicates that the education ministry has found that 20% of cases that were detected amongst children and staff could be traced back to infections that took place in schools.

In an RTL interview, education minister Claude Meisch said that schools are logically places where infections take place. He pointed out though that there is no way of knowing conclusively that the mentioned 20% of infections actually occurred in schools. Infections can never be entirely traced back.

However, Meisch did concede that it appears that schools have had an impact on the spread of the pandemic.

The report also states that predominantly young teachers became infected. The minister explained this by stressing extra-curricular factors that may have played a role.

The ministry is also currently considering rapid tests for schools. It remains to be seen whether it makes sense to deploy them at schools and how these can be used.

The regional test units that carry out tests at schools have been increased from 12 to 19. According to the minister, it may not be long until such rapid tests will be used for pupils who are showing symptoms.

Meisch further said that there is always the possibility that school children who display Covid symptoms may in fact carry a different disease.

Regarding carbon dioxide detectors, 9,000 such devices were ordered from two suppliers. The first 2,000 have since been delivered. The delivery to secondary schools is scheduled for Friday. Until the carnival break in February all primary and secondary schools and competence centres will be equipped with such detectors.

However, Meisch said that on the recommendation of the ministry of health air filters are not being considered. Such air filters could malfunction and give a false sense of security. Given that they also need to be operated and regularly replaced by medical experts, the ministry decided to rely on the more conventional carbon dioxide detectors.

The education minister has also confirmed the purchase of FFP2 masks for school staff. These will also be supplied to local musical schools.