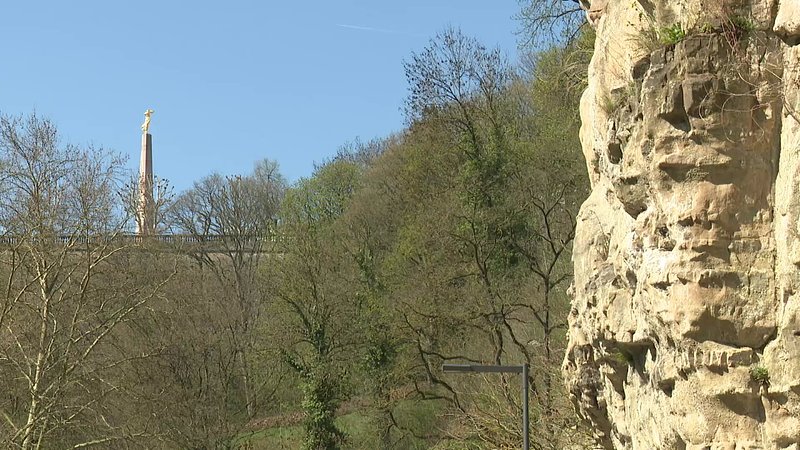 The Luxembourgish historian commented on the recent dispute revolving around the potential installation of a new commemorative plaque at the foundation of the Golden Lady.

The association "Amis des Brigades Internationales-Luxembourg" (Friends of the International Brigades-Luxembourg) remains adamant about their demand for a new commemorative plaque, honouring the Luxembourgish volunteers who fought with the Republicans against the nationalist troops of General Francisco Franco in Spain. A proposition that was refused by the national Committee for the Commemoration of World War II, which tried offering alternative ways of remembering the fallen:

Luxembourgish historian Serge Hoffmann has now taken a position in the dispute: "Initially, the Golden Lady was built as a patriotic monument of remembrance for the victims of World War I and II. However, two separate commemorative plaques for fighters in the Korean War were installed at the foundation of the statue at some point, meaning that the monument has already evolved into symbol for democracy. Now, the Committee bases their argumentation in the matter on a Wikipedia article, a source I don't consider reliable enough. In my estimation, the volunteers of the Spanish conflict deserve a spot alongside the others."

The situation is also problematic since the respective volunteers stand accused of having been communists and anarchists, a claim which Hoffmann refutes. The association now awaits reactions to an official parliamentary enquiry in the matter, put forward by MPs Di Bartolomeo and Biancalana (LSAP). Both politicians question why the fighters of the Korean War deserve a plaque, and others do not.

Interestingly enough, it is not the first time the issue has entered public debate. Already back in 1998, Romain Hilgert lamented the same evolution of the meaning behind the "Monument of Remembrance", and stated a lack of understanding why the 100 men who fought in Spain could not be added, even though they also fought against fascism.