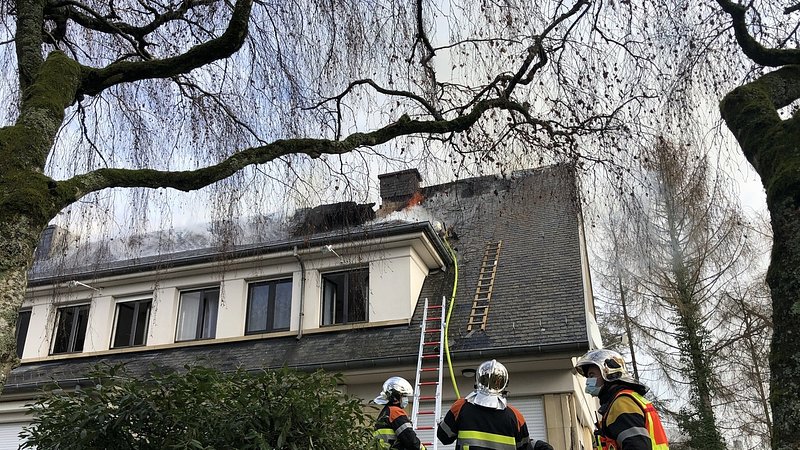 On Wednesday, shortly before 10AM a fire broke out in a house in Bertrange. Early reports indicate that no one was injured.

Rue des Romains in Bertrange has been temporarily closed off between rue de Mamer and the Cité Riedgen. The fire occurred in a one-family house. Fire fighters from Luxembourg City, Bertrange, Mamer and Kehlen were called to the scene.

Furthermore, the rescue crops report two road accidents that took place around 9:20AM. Two cars were involved in a crash on the A3 near Livange; no one was injured. In Remerschen, a bus collided with a car; one person was injured.