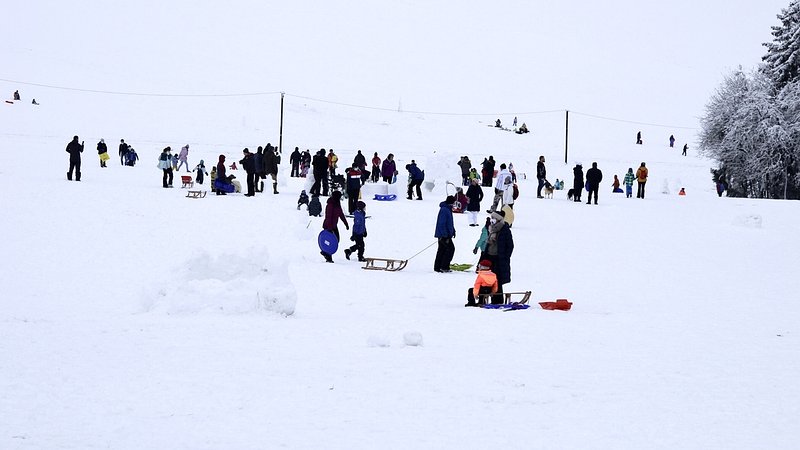 A large number of people flocked to western Luxembourg on Saturday afternoon in order to enjoy the recent snowfall.

Luxembourg residents as well as people from abroad took their children on a trip to Grevels, with many visitors carrying sledges. However, due to a significant number of people deciding to park their cars on the road, the police were called and proceeded to issue fines.

Lots of visitors @ Grevels (2.12.20)
© Domingos Oliveira
The photos published on this site are subject to copyright and may not be copied, modified, or sold without the prior permission of the owner of the site in question.

Luxembourg was not the only country to experience such a rush to areas covered in snow. In Germany, a substantial number of people decided to travel to traditional winter sport regions, despite repeated warnings by the authorities to refrain from such activities during the lockdown.

The German police carried out checks in the Harz region as well as in the Sauerland and noticed a number of violations against the coronavirus measures. At times, traffic was disturbed, and car parks were completely overloaded. Ski lifts, slopes, and lodges all remain closed until at least 10 January.

On Saturday morning, the German police announced on twitter that they would increase the number of checks over the weekend, especially regarding the obligation to wear face masks.