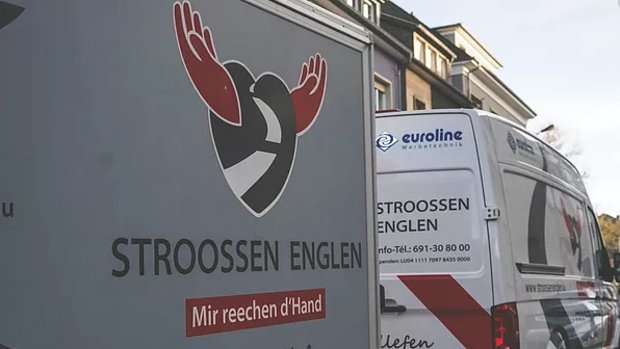 The non-profit organisation "Street Angels" has made it its mission to provide assistance to the less fortunate and people living in the streets.

They provide both food and clothes to those in need and eventually try to get people off the streets. The organisation thus assists government and municipal support groups and shows concern over the growing inequalities in Luxembourg.

Jean-Luc Lauer is one of the volunteers working as a Street Angel and regularly makes trips across the country to help out where he can. He explains that he himself occasionally has to beg for left-over food to keep up their delivery services. His clients include all age groups and nationalities: "You may be surprised at the number of retirees we serve, people who worked all their lives and now have to make it through the month with less than €1,000."

Luxembourg City is meanwhile the place where the greatest number of different nationalities meets, Lauer noted: "Many came here looking for opportunities and ended up in a vicious circle lacking both employment and housing."

The rise of poverty has also been accompanied by an increase in aggressive behaviour. In two years, the Street Angels needed to alert the police more than 30 times for assistance. Nevertheless, their commitment has also increased over time. While at the beginning, the organisation provided assistance to 15 families, this number has grown to 102: "It is important to react quickly and without discussions. We cannot burden these people with complicated application forms when they need immediate attention."