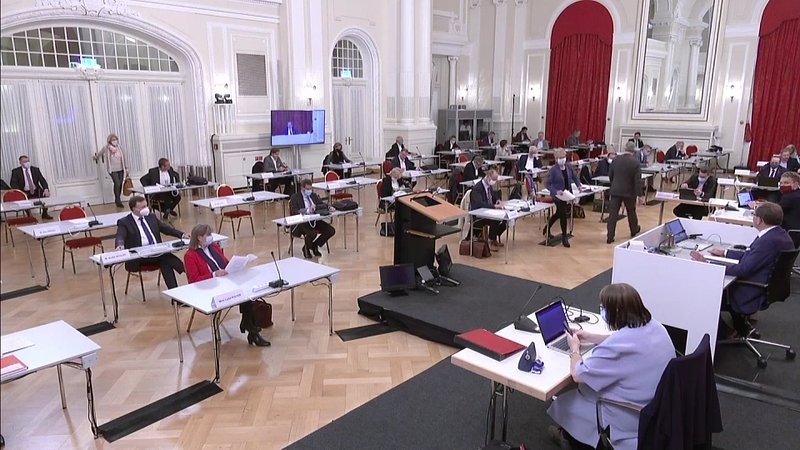 The Chamber voted on the 7694 bill on Wednesday, with a view to adopting stricter measures against the coronavirus pandemic.

The new measures will come into force on Thursday and will last until 15 December.

In order to reduce the spread of infection, the new law will target the following places in an attempt to curb the virus over the next three weeks:

- Restaurants and cafés will close, although takeaway and deliveries are permitted;

- Cultural establishments will close with the exception of museums, exhibitions, libraries and archives;

- Indoor sports halls, fitness centres and gyms, swimming pools will shut, except for professional sports, physical education in schools and for people with GP prescriptions;

- Leisure sports may take place outside for groups of up to four people only;

- The curfew from 11pm to 6am will be extended;

- Households may only receive up to two guests, who must be from another household.

The government council queried the last point, with some members suggesting 2 households should be able to meet without restricting the number to two people. However, this proposition did not receive a majority as the aim of the 3 week rule is to reduce social contacts entirely, while still allowing those at risk of loneliness and isolation to see loved ones.

Establishments who fail to observe the closures will risk a fine of €4,000.

Barrier gestures such as mandatory masks and 2 metre distances will still apply, while events of more than 100 guests are still banned.

Places of worship may remain open so long as they observe the restrictions for gatherings.

The opposition parties in the Chamber of the CSV, ADR, déi Lénk and the Pirate Party all agreed that new measures were required, but abstained from Wednesday's vote as they declared the bill was incoherent and missing measures regarding public transport. The curfew was also called into question.

However, the law passed with the government majority of 31 votes and will come into force on Thursday 26 November. Restaurants and cafés may remain open on Wednesday until 11pm.

Alongside this Covid bill, the government council also approved a special provision to labour laws in order to prevent employee dismissal in the event of an act beyond their control, such as quarantine or isolation. Other topics discussed were financial aid and the new rules for schools, which although not included in the Covid laws, will still come into force from Monday 30 November.