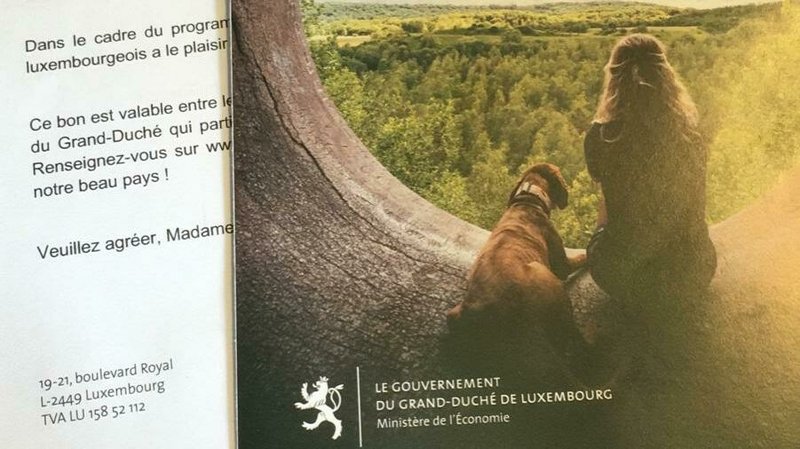 The "Vakanz Doheem" campaign launched by the Ministry of Tourism to promote staycations in Luxembourg has been deemed a success. The €50 overnight vouchers will be valid until the end of the year.

As of this week, one in ten vouchers has been used as part of the campaign - 68,000 of the 730,000 vouchers distributed among residents and cross-border workers.

Minister of Tourism Lex Delles provided the above details in a response to a parliamentary question raised by ADR MP Jeff Engelen.

The goal of the campaign was to promote Luxembourg as a tourist destination for residents, posing an alternative to holidays abroad during a year when travel plans were disrupted across the globe.

A survey conducted by "Luxembourg for tourism" revealed a similar outcome, with 33% of hoteliers and 57% of campgrounds stating that bookings placed by residents had increased substantially over recent months.

In addition, the solidarity fund set up especially for companies in the hospitality, events and tourism sector will be extended until next year.

Delles said new financial aid would be created to support the sectors hit hard by the health crisis, which includes the Horesca sector. However, there are no plans to redistribute the value of the unused vouchers to hotels if they are not cashed in by 31 December.