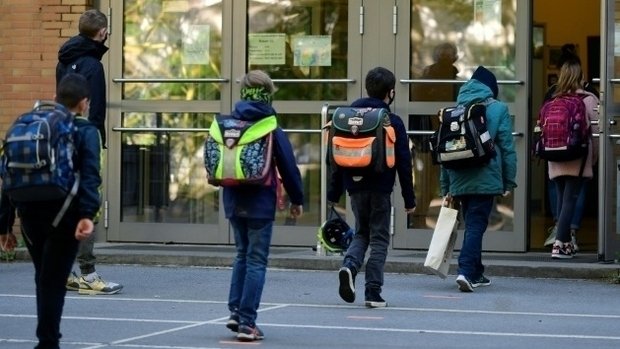 Wednesday's press release from the Ministry of Health published the number of infections among students and teachers from 10 to 16 October.

There were 43 Scenario 2 cases last week, meaning a maximum of 2 cases in one class. In primary schools, there were 17 pupils and 2 teachers affected. In the lycées, 22 students tested positive, plus two students in private schools.

No chains of infection were identified in schools during that week, meaning cases that were connected. For the current week, however, a potential cluster is being analysed, with five adults and two kids affected.

112 cases were reported in Scenario 1, where only one case is detected in a class. The assumption is that these infections happened outside of school.

Extracts from the press release:

The family environment remains the most frequent source of infection, rising from 25.3 to 31.1%, with cases in connection with education or travel on the decline. The school environment is being closely followed by the Ministries of Health and Education, allowing them to quickly identify probable sources. Cases where a source can't be determined are rising fast at 43.2% vs. 36.6% the previous week.

[...] No new chains of infection were identified during this period. Only one case of "Scenario 3" is currently being analysed for the period of 17 to 23 October, affecting 5 adults and 2 children. The Ministry would like to stress again the importance of distance measures in any contact among adults.

The fact that there are no confirmed "Scenario 3" cases and so few "Scenario 2" shows that the measures currently in place are effective in limiting the spread of the virus in the school environment.

Reminder:
Scenario 1: students infected outside of the school environment without spread of the virus in school
Scenario 2: a maximum of 2 positive cases in one class, with a source that is uncertain or probably outside of the classroom
Scenario 3: a chain of infection with multiple cases linked through an infection at school