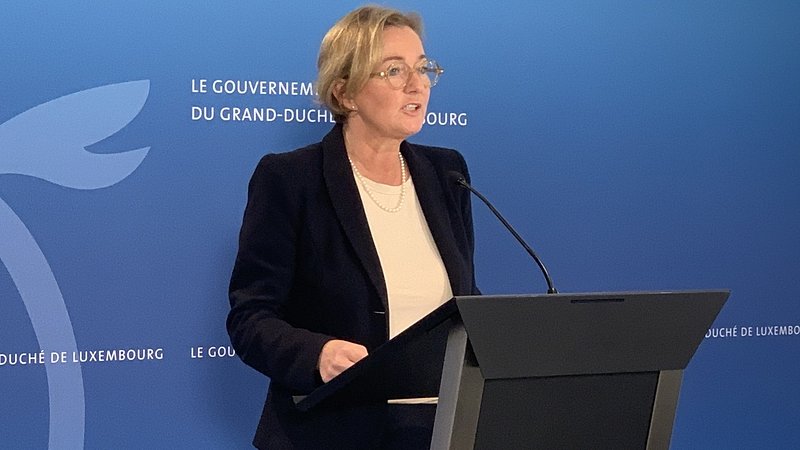 Paulette Lenert held a briefing on Wednesday to discuss the developments over the last week, in which Luxembourg saw a 50% increase in new infections.

The weekly figures rose from 805 cases to 1,280 in the week of 12-18 October. In the last 24 hours alone, 416 new cases were identified - a record number of new infections, as revealed by the Minister of Health in Wednesday's briefing. The previous daily record was 242, recorded on 17 October, before which it was 219, on 23 March.

The average age among the new cases has risen slightly from 36.8 to 38.8 years of age.

67 people are currently hospitalised in the Grand Duchy, six of whom are in intensive care. Although the situation in hospitals is still under control, Lenert underlined the fact that this could change from day to day.

Contact tracing has proven to be a particularly essential tool in coping with the pandemics, as 37% of new infections were identified through the track and trace programme. The majority of residents - 31% - contracted the virus among family members. However, specific clusters have not been identified in Luxembourg.

The situation is being monitored and evaluated on a daily basis, said Lenert. At present, the goal was to maintain stability in the healthcare system and allow both Covid and non-Covid patients to continue receiving treatment.

Although the situation is said to be under control, Lenert acknowledged that the rising number of cases is alarming, with the risk of infection far higher than it was a month ago. With this in mind, the Minister of Health urged the public to act with caution and to continue respecting barrier gestures. The motto "Bleift Doheem" - "Stay at home" - which was implemented in spring, has once again become vital as infections rise, said Lenert.

Members of the public should examine their activities and plans, and re-evaluate if their trips out are necessary. The Minister suggested postponing unnecessary meetings and gatherings where possible and asked the public to reduce contacts, saying it was time for everyone to resume their efforts.

As numbers increase, the pressure has grown on services such as track and trace. With this in mind, Lenert asked those who obtain a positive result to immediately self-quarantine or self-isolate, and to inform their contacts of the result in order to stop the virus spreading further.

Above all, as the colder months commence, Lenert said it was time to practice more caution than during the summer months.

Our ticker translations of the conference remain available, here.