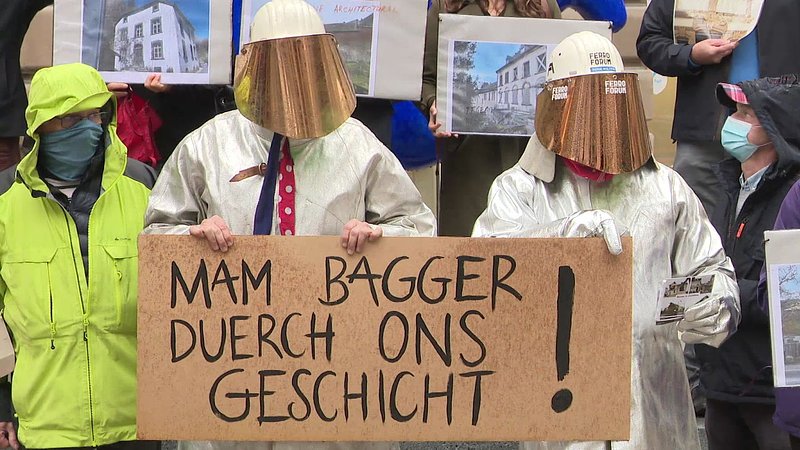 On Wednesday morning a public debate took place in the Chamber of Deputies concerning the protection of heritage buildings in Luxembourg.

A key point on the agenda was automatic protection for buildings constructed prior to 1955, requested to be added to the protection law by the petitioners. The organisers behind the petition said they were committed to the preservation of the country's architectural heritage, but that time was running out for the law, which is still yet to be finalised.

The protection would not necessarily give a building national monument status, explained petitioner Peter Kleijnenburg. Instead it would mean authorisation would be required if developers sought to tear the building down. Currently, municipalities and councils cannot deny demands to knock down buildings if they do not have protected status.

According to the petitioners, a number of buildings which have recently been knocked down could have been saved had they been granted protected status. Minister of Culture Sam Tanson responded that a similar provision had been envisaged in the previous bill, but the Council of State rejected the proposal as it would not be possible to impose such a date, for various reasons. One reason for this is that one could not have any legal certainty about the exact date.

The new bill would provide a so-called security net for buildings with municipal protection. Developers' requests for work would need to receive approval from the Sites and Monuments Administration, while municipalities would take on more responsibility in terms of protecting heritage buildings.

Tanson said she would make it a priority to get the new law passed with updated heritage protection details.