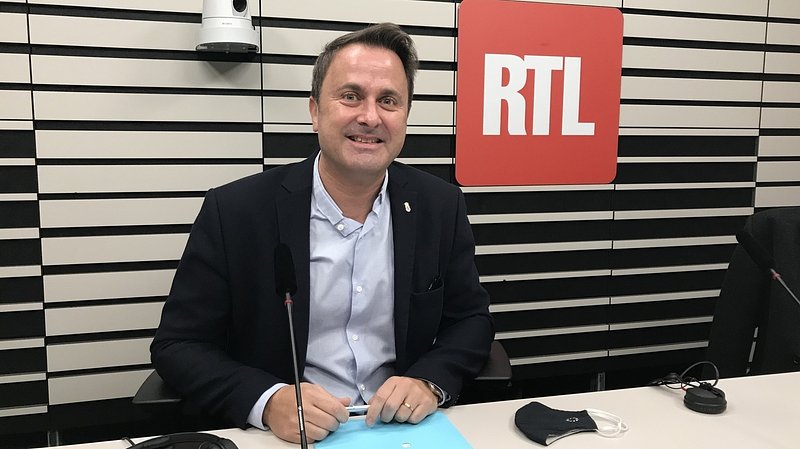 The Prime Minister was a guest on RTL Radio on Saturday afternoon. Bettel gave his views on the current situation and insisted that "schools should remain open as long as possible".

The figures are worrying, and it is for this reason that an extraordinary state council is being held this Saturday afternoon.

The Prime Minister stressed the importance of talking with all the actors involved in order to discuss possible measures. He explained that the average age of residents who tested positive for Covid-19 at the beginning of the pandemic was 47 years old and that it fell to 30 years old at the end of September. The number of hospitalised people was also different, so recent figures could not be directly compared to those of March.

Two additional structures have been prepared in Luxembourg City and Esch-sur-Alzette which can also accommodate Covid patients and thus alleviate hospitals, if necessary. In addition, 295 ventilators are currently available. Bettel stated that it was time to prepare for different scenarios.

According to the Prime Minister the increase in new infections is proof that discipline has been waning. However, it is only "through the responsibility of all citizens" that the pandemic can be defeated, Bettel noted.

He also insisted that every effort would be made to avoid a second lockdown, stressing that as Prime Minister, this was the decision he would not want to have to take.

Bettel once again calls for solidarity from all citizens, as was demonstrated at the beginning of the pandemic. Without falling into stigmatisation, he explained that social contacts in private and family settings had indeed contributed most to the increase in new infections.

Neighbouring countries have already introduced new restrictions, and Luxembourg wants to keep a line without having to change the measures every fortnight. According to Bettel, there is not necessarily a need to wear a mask outdoors, instead the Prime Minister chose to call for the general public's own responsibility and common sense.

A vaccine in December?

The Prime Minister received confirmation from the European Commission that there were concrete hopes that a first vaccine would be available at the end of the year.

Small quantities would first be put on the market and vulnerable people would be given priority in the vaccination process. Bettel said he would also be vaccinated, but only when his age group is called upon to do so.

It is important to ensure that the vaccine meets all the health safety guarantees, and Luxembourg trusts the European Commission, who will have the onerous task of distributing the doses correctly between the different countries. The Prime Minister stated that it is solidarity that should once again prevail, and that this was a great opportunity for Europe to show that it is capable of working together and in the interest of all European citizens.

With regard to the 2021 budget, the Prime Minister explained that "it's going to cost what it's going to cost", and that he "would rather have debts today than the collapse of the economy tomorrow".