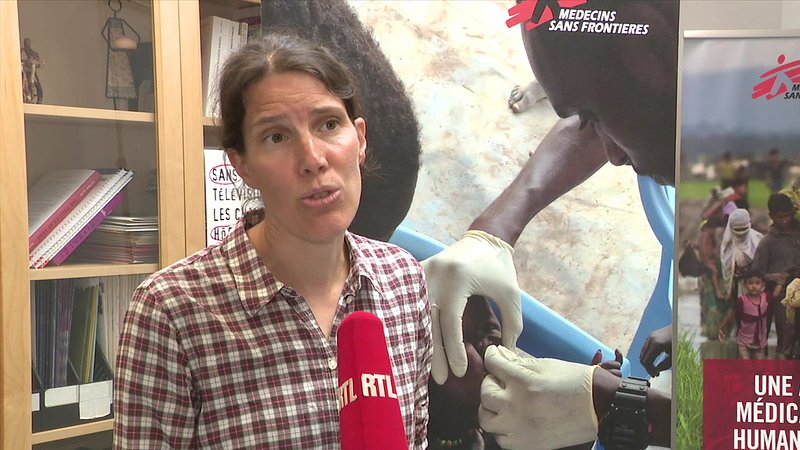 During lockdown, nurse Tessy Fautsch packed her bags and flew to Yemen with Doctors Without Borders, helping out locally in the fight against Covid-19.

The country has been scarred by civil war and its medical system is wobbly, but participants of the mission knew very well what they were about to face.

Al-Qaida and ISIS as biggest threats

Fautsch spent fourth months at the Al Gamuriah hospital in Aden, a city south of the country. Her stay was very much influenced by the terrorist threats in the region, especially Al-Qaida and ISIS.

"For that reason we only commuted between our accommodation and hospital. Besides that road we did not see much," Fautsch explains. Although the country had just entered a ceasefire, Fautsch and her colleagues were warned to leave the hospital every evening before 7pm. A 12-hour work day, dinner and sleep became her four-month routine.

Between mid-March and end of July infection rates skyrocketed in Aden. In the period of June until end of August, Doctors Without Borders took in 200 patients, many having responded late to their symptoms and thus with little chance of survival.

"We applied non-invasive ventilation for those that we thought could still be saved, but sometimes it did not work and the individual had to be intubated. If complications would arise, for example that the kidneys stopped functioning, we couldn't simply do a dialysis the way one would in Luxembourg. They were contaminated after use."

Of the patients that were intubated, 96% did not survive.

During their stay, the doctors and nurses noticed that many patients had built up a resistance against antibiotics. "An analysis to see which antibiotics would work on a person cost us lots of time. We would conclude that out of 17 antibiotics, half or two thirds would not have an effect. By the time we knew which ones to apply, the person had passed away. We lost a couple of people with that."

66 patients were cured in the time period, however. Three individuals from the Doctors Without Borders team have tested positive for Covid-19 since, but it's unclear whether they were infected in the Yemen hospital or somewhere else.

The team did not obtain over the highest standard of personal protective equipment, and mostly worked in operation clothing that is usually only worn once. But both clothing and masks were so rare both had to be worn multiple times.

Tessy Fautsch in Yemen - Report by Dany Rasqué (in Luxembourgish)