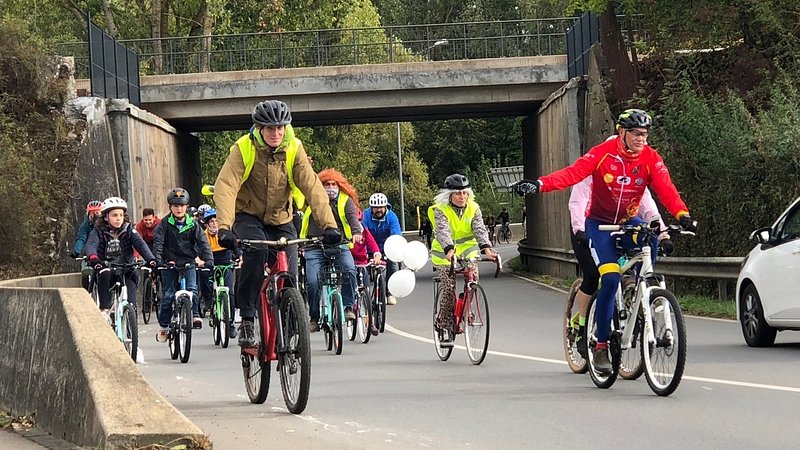 "Critical Mass" is a worldwide bicycle movement where cyclists meet to demand equal rights on the roads as motorists.

Around 150 people took part in the bicycle demonstration in Esch-sur-Alzette. Their aim was to promote everyday cycling and make an appeal for better and safer cycling infrastructure. The event was organised by the Centre for Ecological Learning (CELL).

Around 150 people of all ages joined in the event, hoping to promote cycling as a viable mode of transport. They also demanded better cycling infrastructure in Esch and the south of the country in general, such as safe and separate cycle paths.
They were also highlighting the unsustainable levels of traffic on the main routes. The CELL used the event to ask people to photograph dangerous locations and send the pictures in to them, so that they could take these to the council in Esch to discuss issues and possible solutions.

Another goal stated is to make cycling safer for everyone, for instance by improving road signs and traffic lights. One of the main demands of participants to have was more and better cycle paths in Esch.

The cycling situation in Esch has much room for improvement, according to those present.