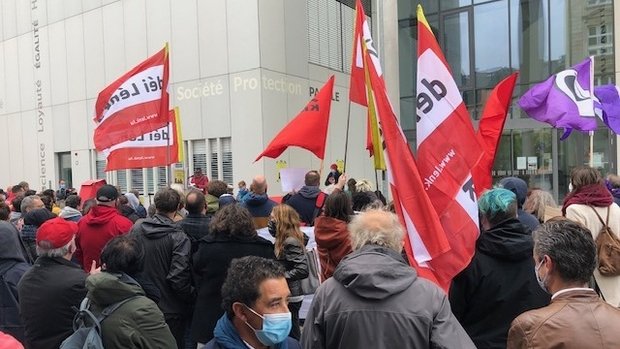 A movement called "Save Co-Housing in Esch" organised a protest against shared living regulations on Saturday.

The reason for the protest was the contentious decision by the municipality of Esch to increase regulations on shared living. People who are not related to each other can thereby only live together if every involved party signs a joint contract with the landlord. The measure has been designed to counteract the tendency of subleasing single rooms in bad conditions for elevated prices. However, the Saturday protestors were not willing to accept this line of argumentation.

"Save Co-Housing Esch" is a collective movement that brings together a number of social and political associations, as well as unions. They argue that over the past decade, the municipality of Esch has not done enough to provide more social housing opportunities, while at the same time a number of apartments have stayed empty.

Shared living has become one of the only means for low-income people to even move into their own homes. The new municipal regulations are therefore seen as a move to get rid of social housing altogether. The protestors acknowledged that the exploitation of people by landlords who provide small rooms for horrendous prices should be stopped.

Prior to the protest on Saturday, the municipality of Esch issued a press release to clarify their position on the issue:

PDF: Press release by the municipality of Esch (VO)

City officials further conveyed that Esch would continue to support shared living in general as it would be part of the municipal regulations, but emphasised that a joint contract between all renters and the landlord was nevertheless required.