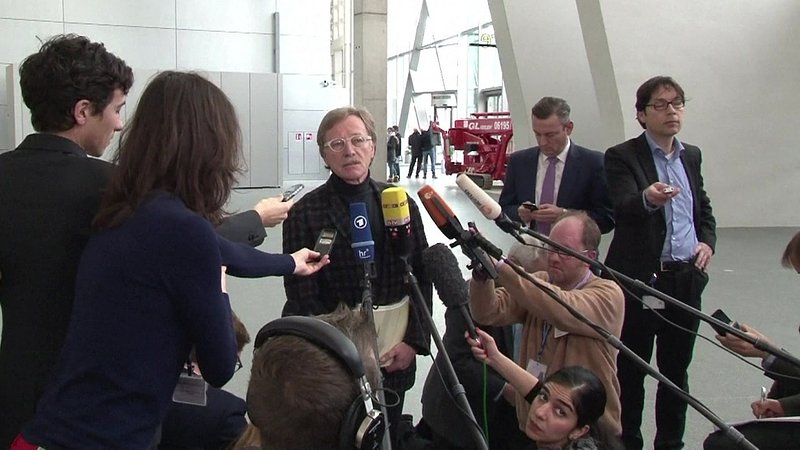 An article in the German magazine 'Der Spiegel' criticises the Luxembourgish head of the European Central Bank, Yves Mersch.

According to Der Spiegel, Mersch has brought his wife on various business trips, on the cost of the ECB, thus paid for by taxpayers.

This is not the first time Mersch has faced such an accusation: back in spring, the 'Süddeutsche Zeitung' spoke of inappropriate behaviour, but did not report any specific incidents.

Mersch reportedly was invited to a dinner meeting with the Austrian chamber of commerce in Salzburg in August 2017, followed by a performance of the Verdi opera 'Aida' during the Salzburg festival.  His wife was officially invited and accompanied him, as it is mandatory if costs are to be taken over by the European Central Bank. The return journey from Frankfurt to Salzburg was enjoyed in business class, costing an estimated €3,474.

Even more interesting are the emails, uncovered by Spiegel editors.

In July 2017, Mersch was invited to a conference in Kuala Lumpur, Malaysia, this time his wife was not officially invited. According to Der Spiegel, Mersch's cabinet tried to extend the invitation on various occasions. The ECB denies this, as the emails do not give all details of the communication process. Mersch's wife was invited in the end, though. The trip cost the ECB around €11,780: he flew first class, she flew business.

The article in Der Spiegel estimated Mersch earns around €300,000 a year as head of the European Central Bank. He pays very few taxes and enjoys several benefits. Spiegel writes that Mersch has a reputation to make the most of his privileges at the ECB.

The 70-year-old Luxembourger will retire after working in civil service for 45 years .