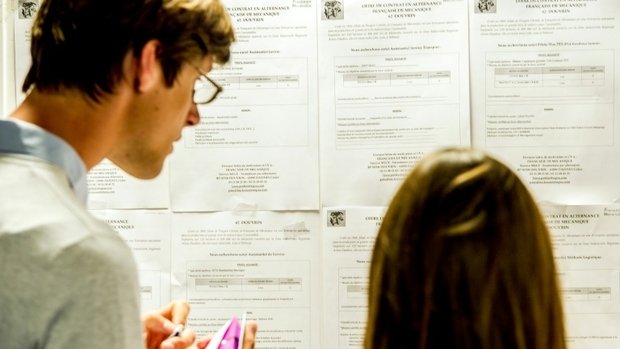 The Labour and Economy committee's virtual meeting on Thursday tackled issues such as the rise in unemployment, current social plans and the difficulties of young people in accessing their first job.

CSV MP Marc Spautz spoke to RTL Radio following the session, stating that more and more young people aged 30 and under were struggling to find work in spite of possessing qualifications. Spautz said the evolution of the job market meant that, where once a diploma or equivalent qualification had been sufficient to secure a role, more and more employers were seeking applicants with experience in addition to qualifications. For young people, this represented a blow to their employment chances. The committee discussed implementing measures which could help young people obtain relevant experience, as the Luxembourg job market could otherwise fall out of their reach.

However, Spautz also acknowledged that the number of older jobseekers was increasing, which meant that it was more important than ever before for businesses to achieve social plans, in order to keep employees as long as possible.

Minister of Employment Dan Kersch confirmed that it was increasingly difficult for the over-45s to return to the job market, but did not provide further details on a potential national reclassification plan, the idea of which had been tabled during the committee discussion.

Following recent news of job losses at Luxembourg stalwarts such as ArcelorMittal, Guardian and Saint-Paul Luxembourg, Spautz said it was more vital than ever to come up with rescue plans, saying it was better to invest in jobs than in unemployment.

For Spautz and the CSV, the issues will become thornier as 31 December approaches. The party shares the view that businesses will need further support into 2021 and believe the government would do better to funnel aid into maintaining jobs, rather than offering unemployment benefits which, Spautz claimed, could deter jobseekers from returning to work.