The final of the 2020 edition of the annual Télévie donation marathon took place on Saturday evening, but this year in somewhat of a different setting.

The initiative, which first came to life in Belgium in 1989, aims at uniting people in the fights against cancer. Donations are collected every year, which are later invested into the research and development of potential cancer treatments. The first edition in the Grand Duchy took place in 2002. 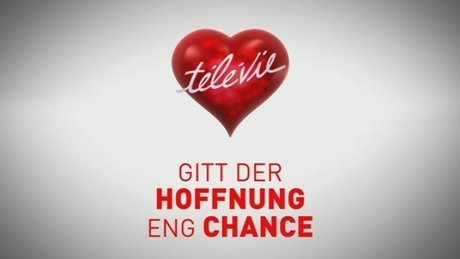 Programme of the 2020 edition

This year's Télévie donation marathon lasted from Friday 7 pm until Saturday late evening. Although the 2020 edition has come to an end, donations can still be made all year long via the following link. Due to the corona crisis, all field reports and segments were filmed in advance and in respect of safety measures.

RTL would like to offer its gratitude to the numerous donors who helped make this year's event a success.

After 18 editions since the year 2002, Télévie Luxembourg has accumulated a combined total of more than €23 million in donations.