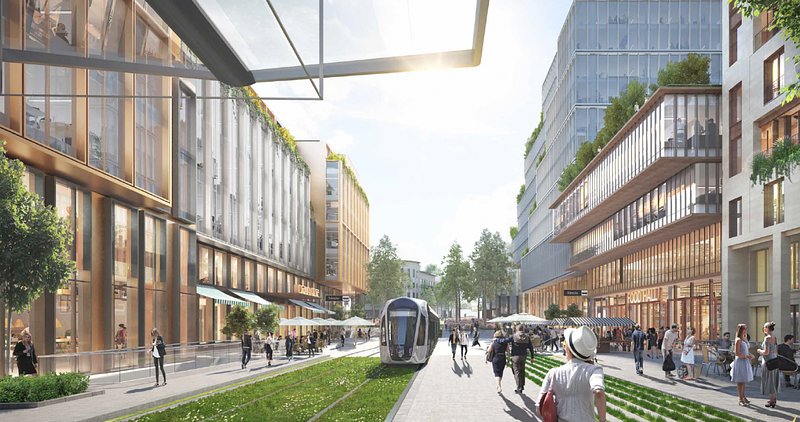 The project further includes structures for culture and sport.

During the presentation of the development concept for Place de l'Étoile on Tuesday morning, Luxembourg City's mayor, Lydie Polfer, stated that "for decades" the square stood for something the municipality did not want. Instead, the area is now expected to become a "beautiful gateway" to the capital.

Housing will be the key element of the new project, with at least 600 new dwellings planned, some of them at moderate cost. It is also planned that 45% of the total surface area will be occupied by offices.

Shops and leisure activities will also have their place in this new space. A tunnel will divert part of the traffic away from the Route d'Arlon bypass.

The project, which will be carried out on a three-hectare site, is supported by the municipality of Luxembourg City, the State and a private developer. The investor is an investment fund from Abu Dhabi.