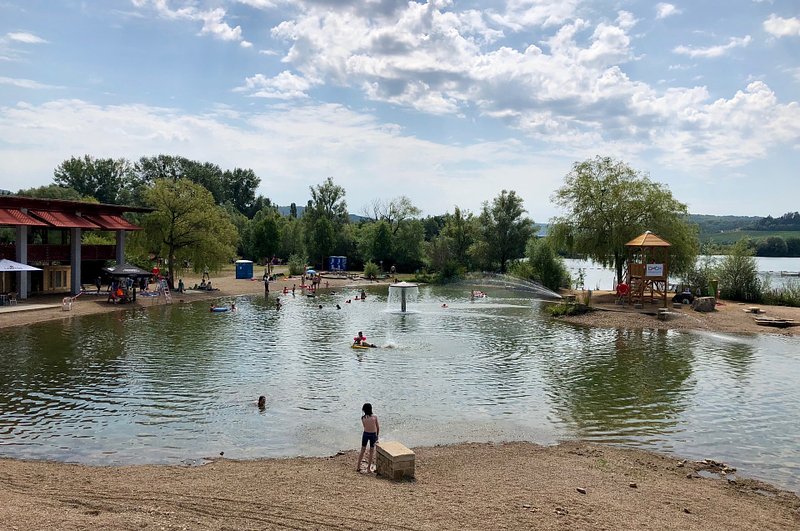 While the tourism industry has suffered greatly because of the coronavirus pandemic, a major part of the Grand Duchy's residents seem to have followed the government's call to spend their holidays locally.

There was a real "staycation" effect in Luxembourg this summer. According to the government, the country's residents favoured local tourism and saved part of the summer season.

In a press release issued on Tuesday morning, the Directorate General of Tourism indicated that the tourism sector has suffered greatly from holiday cancellations, in connection with Luxembourg's classification as a "risk zone" by many countries.
According to the directorate's surveys, the hotel and campsite industry has recorded cancellations by German and Belgian customers in particular. These cancellations were partly compensated for by the loyal presence of Dutch customers and above all by an increase in domestic tourism. 62% of the hotels and even 86% of the campsites surveyed said they had welcomed more Luxembourg residents, with 1/3 of the hotels and 57% of the campsites observing a "substantial increase". 70% of Luxembourgers also stated that they consider their home country a "holiday destination".

Many residents and cross-border workers have also used the €50 voucher to finance part of their stay in the Grand Duchy. The Directorate General of Tourism stated that so far, around 34,000 vouchers were redeemed at 234 different accommodation facilities. 45% of vouchers were redeemed in the north of Luxembourg, and 15% in the country's eastern region.

Thus, it seems that despite the Luxembourger's affinity for travelling – as evidenced by the continuous attendance records at Luxembourg Airport – a major part of the population decided to adapt their holiday plans to the current situation. Minister of Tourism Lex Delles stated that the accommodation vouchers also convinced a large number of residents to consider their home country as a real alternative destination for their summer holidays.

The lakes in Remerschen, for example, attracted more than 37,000 visitors during the summer. Whether this was a simple reaction to the pandemic or a real enthusiasm for domestic tourism will only become clear once the new year starts.