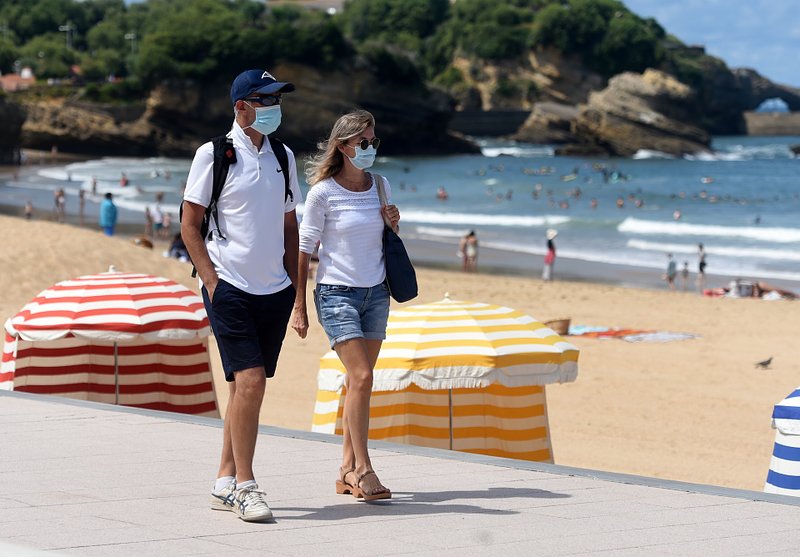 Citizens of the Grand Duchy are no longer welcome in some states. Our list will catch you up to those who dared banning us altogether.

Luxembourg figures among the four countries classified as "orange" by the Danish authorities, meaning that tourists are banned from entering the country. The same rule applies to Spanish visitors.

Meanwhile, according to ReopenEU, Luxembourgish residents are still eligible to enter Denmark for work related reasons.  Your on-duty editor can also confirm that we are allowed to transit through the country, if for example you've booked holiday accommodation in Sweden and wish to drive through Denmark. 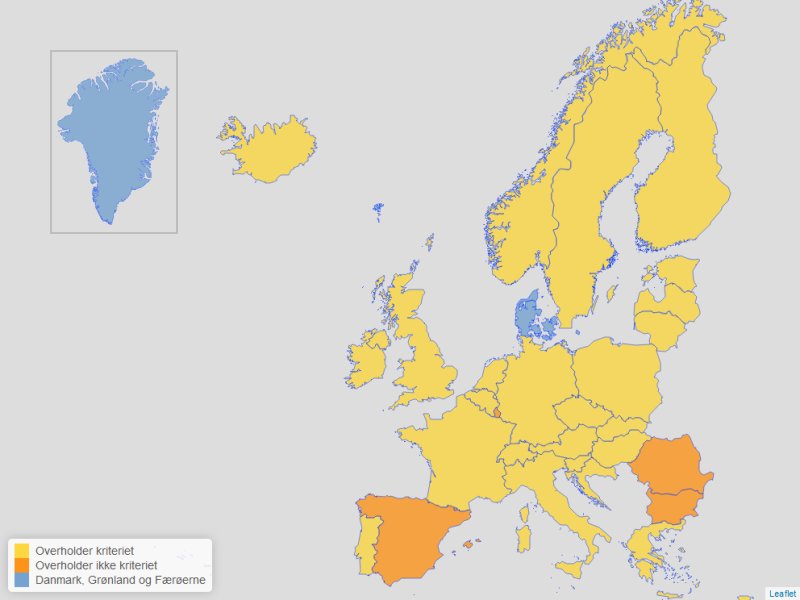 This map was published by Danish authorities on 13 August 2020. / © Politik.dk

Since 10 August, travellers coming from Luxembourg are no longer allowed in Lithuania, due to the reproduction rate of the virus over the past 14 days.

Lithuanian authorities might adapt their decision if new developments occur, but for the time being, the ban remains in place.

Finland has less drastic measures in place, but considers the Grand Duchy a "yellow" threat nevertheless. This means that Luxembourgish residents can enter the country for business travels, but not for leisure.

Finish citizens wanting to visit Luxembourg are also allowed to return, but may be subjected to quarantine procedures. 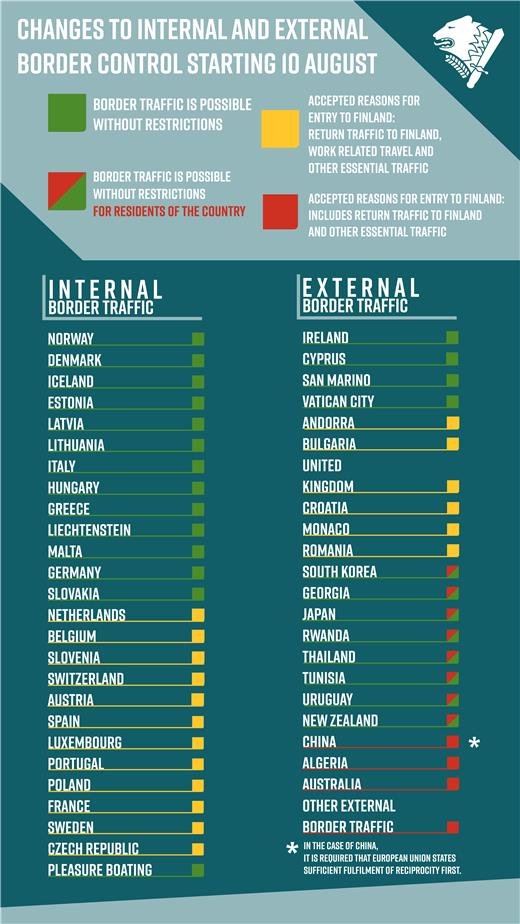 Cyprus has classified Luxembourg as a "Category C" country, which means that Luxembourgish citizens are currently not allowed to enter Cyprus.

Only Cypriot citizens living on the island permanently, their family members, and Cyprus residents are allowed to return from a voyage to Luxembourg. The only exception to this rule are individuals who have obtained a special authorisation from the Republic of Cyprus allowing them to enter the country.

This means that for as long as Luxembourg remains a "Category C" country, tourists from the Grand Duchy will not be allowed to enter the island.

Countries with restrictions instead of bans

Belgium placed Luxembourg on its "orange" list several weeks ago, causing a wave of outrage across the border region. This situation remains unchanged however.

Belgians are still able to visit Luxembourg and vice versa, but quarantine procedures are recommended upon return. It is also important to note that Brussels declared masks mandatory in the streets of the city centre.

German authorities caused a similar stir when declaring the Grand Duchy and at-risk zone on 14 July.

Despite the announcement, travelling between both countries remains possible. To avoid any complications, it is advised that Luxembourgish residents bring a negative test result no older than 48 hours.

Switzerland considers Luxembourg an at-risk zone as well. Tourists from the Grand Duchy need to quarantine for ten days as soon as they enter the country.

Since Thursday, Romania has introduced a mandatory 14 day quarantine for Luxembourgish tourists.

Meanwhile, according to ReopenEU, Romanian citizens can travel to the Grand Duchy and back without additional restrictions.

Luxembourg is listed as a travel destination that requires quarantine measures upon return by the Irish authorities. Travels to and from Ireland are not banned but advised against. Even if travellers are in possession of a negative test, they still need to quarantine for 14 days. Similar regulations have been installed by Estonia.

Not particularly welcome here either, we're afraid. As of last week, Luxembourgish visitors to the UK will have to quarantine for two weeks upon arrival.

The country placed Luxembourg on its "red" list and installed the same quarantine procedures as Estonia and Ireland.

Even though Norway has not banned Luxembourgish tourists, it still considers the Grand Duchy as a "red" risk zone. This means that all travellers coming from Luxembourg need to quarantine upon arrival. The space of isolation has to be reached by car and not public transport.