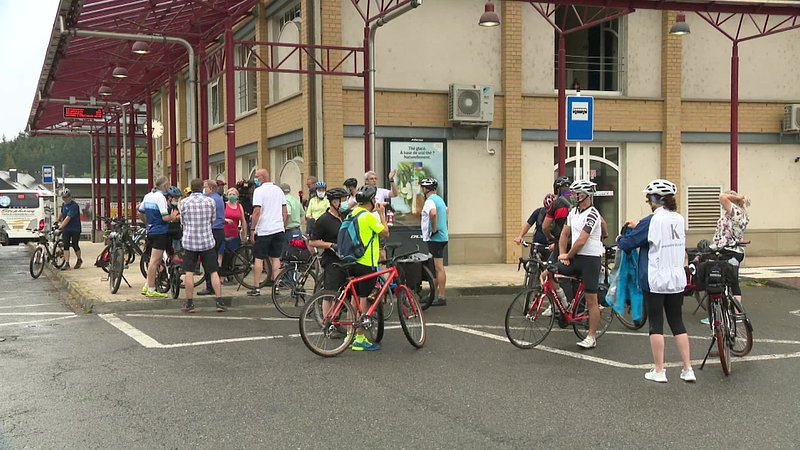 Several cycling initiatives have been launched by the government over the month of August.

Numerous roads have been closed for car traffic over the summer, allowing cyclists to make large tours around the country and discover the beauty of Luxembourg in peace and quiet.

The initiative "VeloViaNorden" encompasses one such road, which has been chosen within the Bike Summer 2020 campaign. The launch was on Saturday morning shortly after 9.30 am. Although a bit of rain could not be avoided, several cyclists found their way to the starting line at the train station in Troisvierges. Weiswampach, Kiischpelt, and Clervaux can be reached via this route.

The entire bike route is set to be completed by spring 2023, which will eventually allow cyclists to get safe and sound from Elwen to the south of the Grand Duchy.

The initiative "VeloViaNorden" will be organised once more on the weekend of 15 and 16 August.