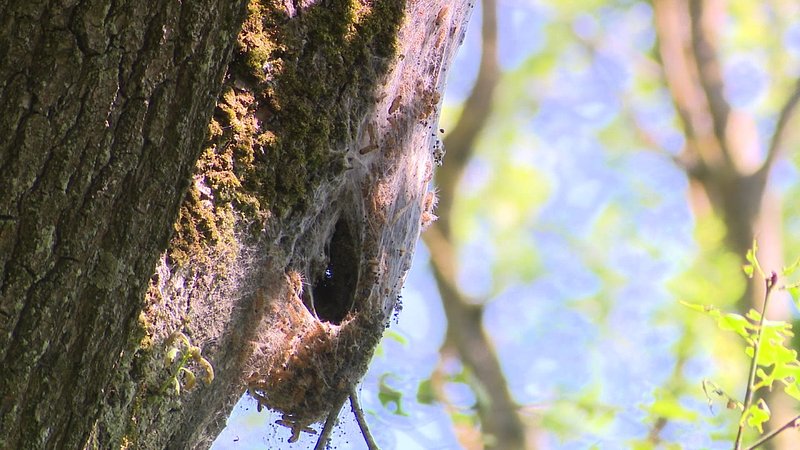 The moth, called "Eichenprozessionsspinner" in Luxembourgish, has been reproducing steadily over the past few years, posing health risks in humans.

The oak processionary moth is a species of moth with caterpillars that nest on oak trees. The caterpillars are covered in small hairs which can cause health risks in humans (they are rather painful and can cause serious allergic reaction).

Although the moth has been around in Luxembourg for a long time, they have never expanded as fast as now.

The caterpillars are a common sighting in eastern and southern Luxembourg. Global warming and warmer temperatures are favourable for the insects, as it allows them to reproduce quicker and expand at a higher rate than usual.

Experts believe their number will explode in the next years.

The caterpillars are in the final stages of transforming into butterflies or moths, so extra attention should be paid when out in the garden or park.

Should you be in contact with the hairs, make sure to wash the skin and clothes you were wearing.

For serious cases, visit a doctor.

French firm Agrobio Tech has begun experimenting with drones to combat the insects in the French commune of Guénange.