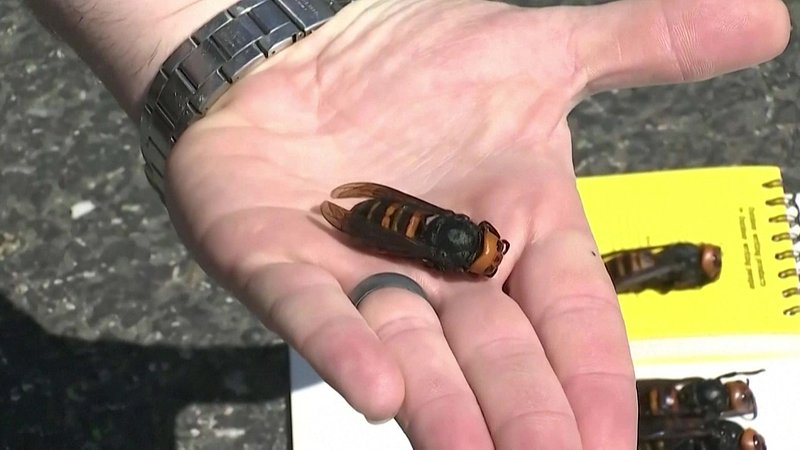 The Asian giant hornets are the largest of their kind and can be dangerous to humans.

Two specimen of Asian giant hornets were spotted in the USA a while ago, but chances they show up in Luxembourg remain relatively low, according to experts.

They can be up to 5 centimetres in size and become a real threat to bee colonies, since their stings are bigger and more toxic. The two main reasons for the spreading of these hornets across other regions can be traced back to climate change and globalisation.

In Luxembourg, bees are currently facing several existential threats: destruction of their living spaces, monoculture, and pesticides. Experts are alert to the dangerous implications following a bee die-off, which could have detrimental effects on our ecosystem.

Bees and wasps fall under environmental protection laws in Luxembourg. Organisations recommend people not remove nests themselves, as long as no immediate danger results from the proximity of a bee or wasp colony. The association Natur & Ëmwelt receives a significant number of inquiries about what to do best in that situation and can provide assistance. Wasps are especially known to built their nests in trees and parks.