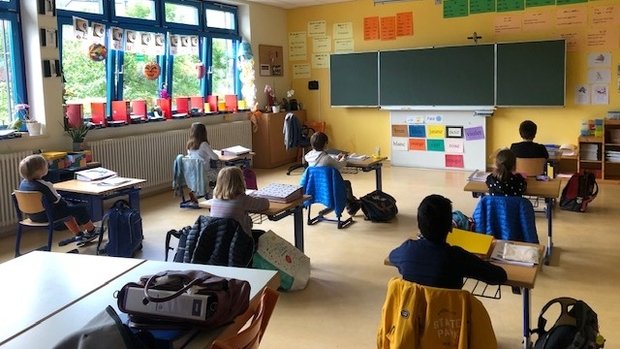 According to RTL sources, two classes in Differdange have been placed in complete quarantine.

Both classes had reported a case of coronavirus. This is the first instance in which an entire class has been placed in quarantine due to a single positive case.

As deconfinement continues, more situations such as these are expected to appear, with a similar case in Wiltz this week.

Claude Meisch, Minister of Education, told fellow MPs on Monday that 11 cases of coronavirus had been reported in Luxembourg secondary schools since the latest phase of deconfinement.

RTL sources reported that a further three cases were confirmed in one class at the Lycée Aline Mayrisch in Luxembourg City, despite mandatory masks in the building.

The first positive case was discovered a week ago as a result of the widespread testing taking place in schools. The affected class will continue be taught in separate groups until the term ends. Other health measures have been put in place.

The affected group was studying at home last week when two more pupils tested positive for the virus. Parents were quickly informed by the school's leadership.

A number of pupils and staff have said they feel overwhelmed at the number of people within the school now that all classes have returned at once. It is said to be difficult to maintain distance within classrooms.